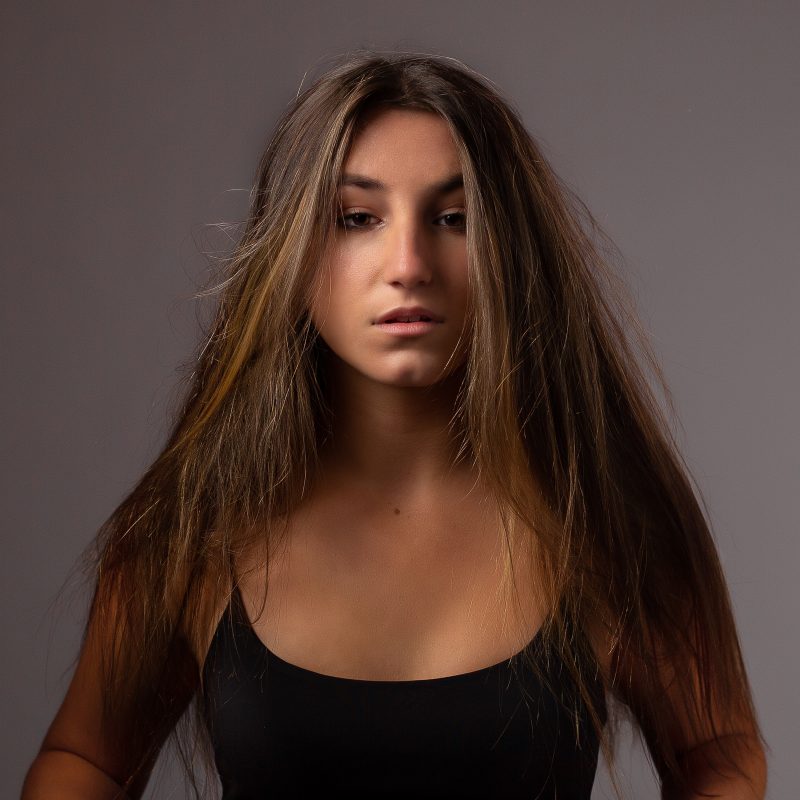 LANA CHALFOUN has just released Be Ok – depicting the unique anxiety experienced by young artists trying to prove themselves in today’s music industry. Lana will also be releasing two additional more playful singles, Get Mad and Cut Off, later this year.

AC: Let’s talk about your new single Be Ok. What does this track mean to you?

LANA CHALFOUN – Growing up, I often felt that I could always be doing more, that where I was just wasn’t enough. This song served as a melody to calm me down and to ensure that I could reach my goals and expectations. It’s definitely one of my favorites and it means a lot to me.

LANA CHALFOUN – In the studio, it’s sometimes hard to get completely into the song from the beginning because you have people watching you, so I’d say just being able to focus in and perform at 100% the whole time.

LANA CHALFOUN – Performing live always comes with nerves, but after getting on stage I always calm down. So, I would say working on just being calm pre-show.

LANA CHALFOUN – Creation of a song usually starts with strong emotions driven by some type of situation that had happened. Then I sit down with my guitar or piano and go from there.

LANA CHALFOUN – The artist who has inspired me the most growing up has definitely been Adele because of her powerful lyrics and insane range.

LANA CHALFOUN – The largest things I’m still trying to learn are how to share my music to a larger audience, and collaborating with people throughout the industry.

LANA CHALFOUN – Social media is very important. It’s the best way in this day in age to get your music out there and to share what you are doing.

LANA CHALFOUN – I always warm up my voice and try to keep conversation with someone to ease the nerves and not overthink it.

LANA CHALFOUN – The biggest realization I’ve had this past year is that nothing is handed to you. If you want something, you need to put in the time and the work.

LANA CHALFOUN – Christmas morning is always super nostalgic for me. Just brings me back to the pure innocence of being a kid.

LANA CHALFOUN – In ten years, I would like to see less division across the globe, and people working together to make society better. I also hope to see a world where everyone’s needs are met, and we are all treated equally.

Listen to Be Ok by Lana Chalfoun – OUT NOW!