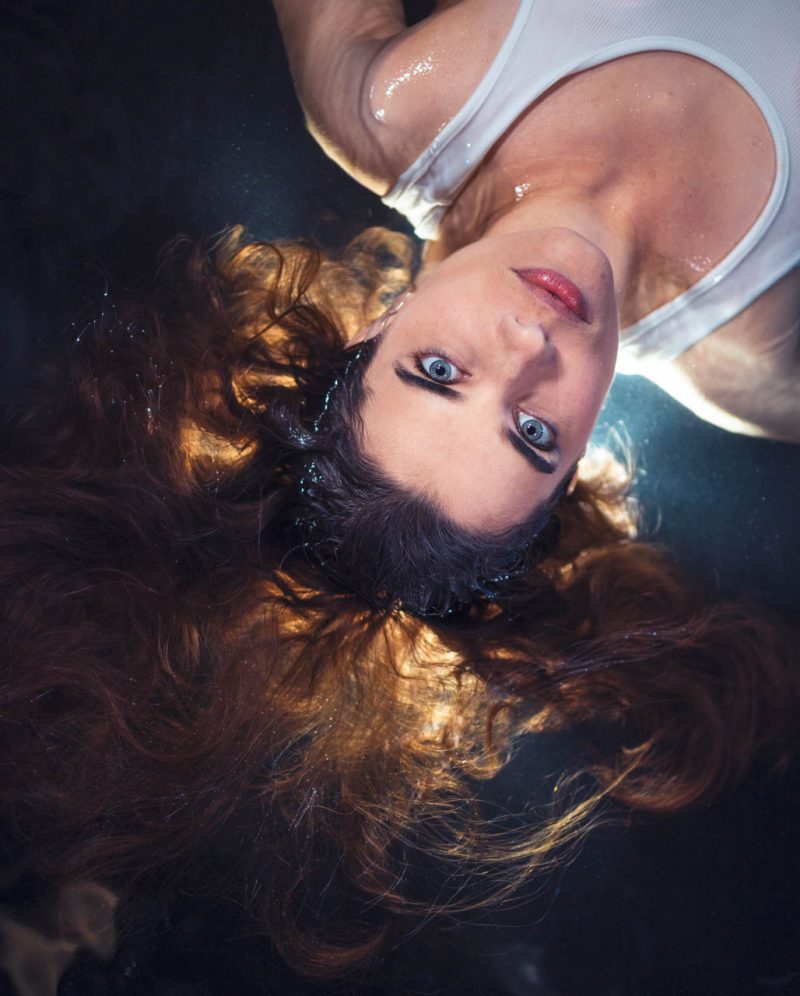 KRIS ANGELIS explores hope and heartbreak on her recently released single I Hope I Never Fall In Love Again.

The singer-songwriter has been riding a wave of success since the release of her 2018 EP Pieces That Were Stolen. The award-winning EP made its debut on the Billboard Top New Artist chart and shot to #3 on the iTunes Singer-Songwriter chart.

When Kris isn’t recording and writing in Los Angeles, she has been traveling across the country on a 50 state tour. Solidifying her rapid rise to future stardom, Kris was recently chosen for the Grammy NEXT program.

AC: Let’s talk about your new single I Hope I Never Fall In Love Again. What does the song mean to you?

KRIS ANGELIS: That song comes from a place of not wanting to feel the heartbreak and disappointment that comes with trying to find real love. When you fall for someone and it doesn’t workout, it can feel like it could be easier just not to do it anymore. But really, I want to fall in love, I just want it to be mutual and good and last and I don’t want to feel heartbroken and rejected anymore. That is something I am working on. Being open to love, unabashedly going for it, and – here’s the kicker – not letting it break me when it doesn’t work out.

Where does the creation of a song behind for you?

My songs usually come from whatever has been weighing on my heart and mind and wanting to get those emotions out. I can say things through a song that I don’t say directly to a person but it feels good to get it out.

Inside the studio, is there a fear you’d like to conquer?

I’d like to conquer the fear of improvising and riffing vocally and being unsure of myself and always worrying that I’m making the wrong choice or that someone else knows better. Not to say that I don’t want to continue to be open and learn, I’d just like it to come from a place of confidence.

What about outside the studio?

Same thing, “jamming” terrifies me! And it could be so fun! I was able to get on stage with Kristen Ford while we were on tour in Germany last year totally unplanned and sing some stuff together and it was great! I’d like to conquer my obsessive doubts and overthinking.

Growing up without television other than one channel and my grandparents old musicals, parents’ old records and CDs definitely influenced my tastes and the music I make now. I listened to a lot of classical music and classic rock which are great teachers in melody and harmony. Growing up on a farm in the south perhaps made me more drawn to organic folky Americana music.

As you’re in the process of writing new material, do you find that Los Angeles inspires you?

I haven’t really thought about that. I think the environment of the pursuit of art in Los Angeles with all its struggles and opportunities has influenced my music, but I would say that other areas like Northern California and the Pacific Northwest have inspired me in more concrete ways that I can recall. As I was driving through Oregon on tour, I had to stop on the side of the road and write about the beauty and magic of that area.

Can you tell us about your participation in the Grammy NEXT program?

I am very honored to have been chosen to be part of it but it hasn’t really started yet. So I’m just excited to get to meet my mentor and see what opportunities and learning experiences come from it! I am going to the Grammys this year and I have a bunch of friends who are nominated so I think it will be fun!

Apparently, your song Kevin Bacon is playing in Costco stores nationwide. Have you been into a store recently?

I actually went to a Costco in Hawaii. It was the last state on my fifty state tour and I went with my family. Our first stop was Costco to stock up our Airbnb so I wandered over to the TV section to see if it was playing but I didn’t get to see it.

Do you have a favorite Kevin Bacon movie?

I think I’d have to say Apollo 13. When I first watched it, my sister and I were cracking up at his line where someone asked him how he figured something out and he said: “Because I can ADD!”

As you mentioned, you’ve just finished an incredible 50 state tour. Can you recall the any funny moments?

I’m really kicking myself for not keeping a diary while I was on tour because there were many moments with all the emotions! One funny thing that happened was that I wore the same pair of boots for almost the whole tour and I did all the driving so that by the end of it (almost 20 thousand miles) my right boot heal was a good deal shorter than the left.

What did you have on your rider?

I’m not that fancy 😉 I would usually just get a drinks or food if they had it at the venue. If I had a rider, I’d want Susie Cakes cupcakes but that’s not realistic because they are only in California and Texas and that wouldn’t be great for my health. Realistically, I’d want access to decaf coffee.

I hope that we have leaders who are compassionate, empathetic, and intelligent. I hope that we have made huge movements to ensure the health of our planet and future. Clean air, sustainable farming and energy, equality and love for everyone.

Can we expect new material soon?

I have been very focused on getting the album That Siren, Hope out and promoting that. It comes out Jan 24th and it can be pre-saved and pre-ordered at bit.ly/savesiren and krisangelis.com. Pre-orders and pre-saves make a huge difference for independent artists being able to get on charts. And I’m already itching to write and record for the next release!