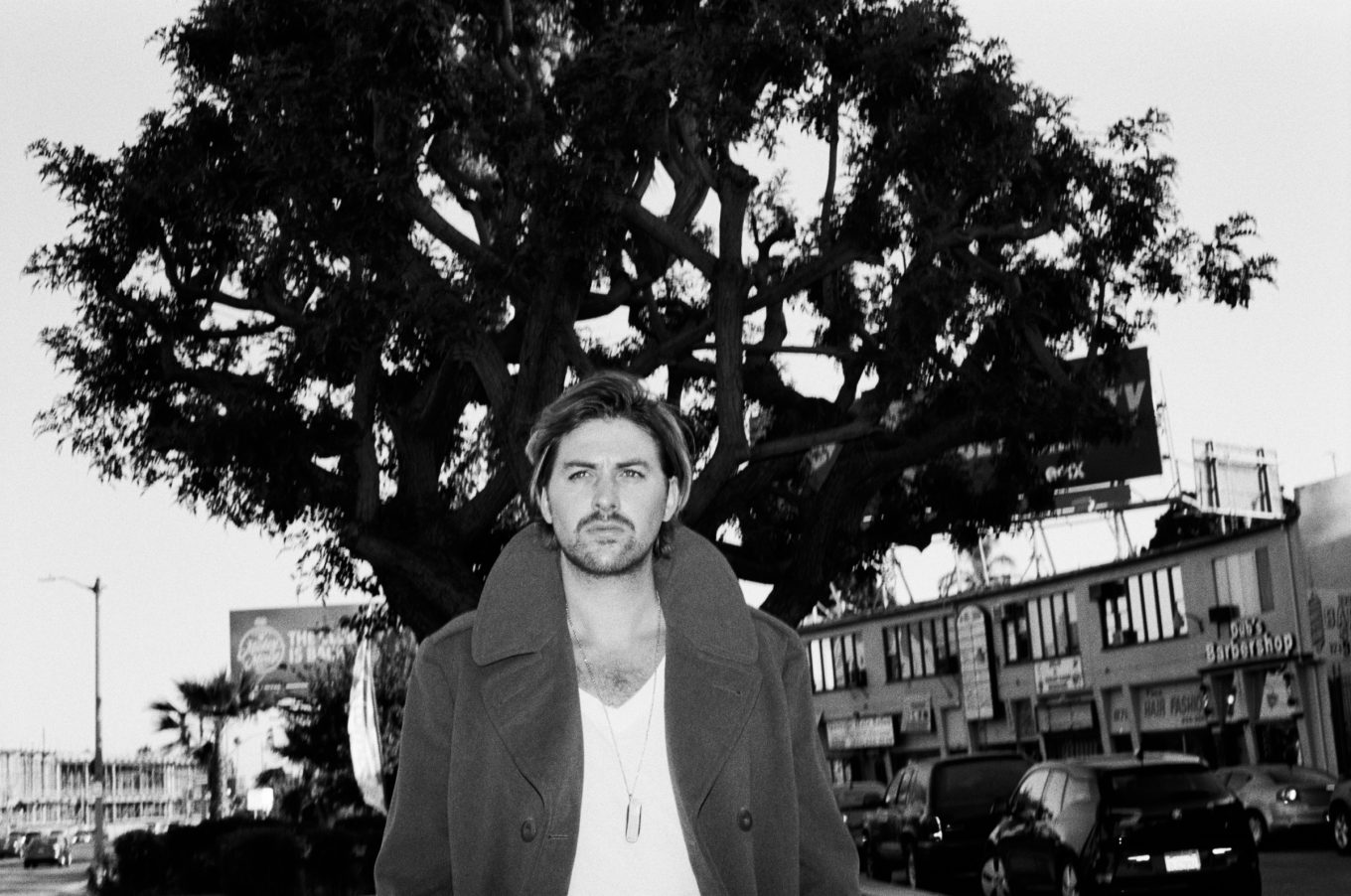 JAMIE N COMMONS has just released his brand-new single ‘Paper Dreams’. The 80s synth pop-inspired track is the first release from Jamie since ‘Skyscraper’, which he wrote for Dwayne ‘The Rock’ Johnson’s most recent blockbuster-hit of the same name.

‘Paper Dreams’ is a far cry from what fans might expect from Jamie N Commons. Having moved to LA to pursue his now hugely successful songwriting career and therefore spending the majority of his time
writing for and with others, he found this new situation and environment having a profound impact on his personal creative output.

AC: Growing up on both sides of the Atlantic, what kind of artists were you drawn to at a young age?

JAMIE: Well I moved to Chicago just at the peak of Britpop so got to grow up during the great Blur versus Oasis war which was amazing. When I reached the U.S. everyone was still listening to grunge so went straight into that. So I got to experience both in a way which was cool.

Many of your songs have been attached to trailers for films, games and events. Do you think your music has a cinematic quality?

Yeah! I’ll often stick on a great visual film with the sound off when writing, so I’m always thinking visually as well. Helps me tell a story somehow. 99% of songs take place in a single moment… a thought you have for one second… that takes 3 minutes to explain with lyrics and music… so a single frame in a film can get you there writing wise sometimes.

Your new single ‘Paper Dreams’ is very different from your prior work. What inspired this progression in your sound?

Honestly doing a lot of writing for other people and other projects, having to write modern pop and dance music. Once I got into I realised there was a big cross over with this 80s music I’d always loved like Steve Winwood, Peter Gabriel etc. I’d always wanted to do something in that world, and thought where sounds are at in current pop, now must be the time.

How has moving to LA influenced your music?

It’s an intensely lonely place. A quote most people say is “When you move to LA you won’t have any friends for the first year, but it gets better after that”. Everyone’s so ambitious it’s hard to find people to relax with and be human. So if you can bare it, this is a fantastic place to write.

Can you tell us about the meaning behind the song?

‘Paper dreams’ is just a simple metaphor I thought up ages ago, maybe after watching ‘Blade Runner’ – from that line “lost, like tears in the rain”. Paper dreams fly away easily, maybe I’ll do a sister song ‘(something heavy) dreams’.

Do these themes continue on your upcoming debut album?

Yeah there’s a lot about ambition, dreams, life and most importantly romance – which is a pretty good summation of my life actually saying it out loud.

At this point, what can you say about the debut album?

We have an insane amount of songs written for it, so hopefully I can keep a steady vision and choose the right ones. It’s a good problem to have though I suppose!

‘The Haunting Of Hill house’ – got a bit iffy when they started doing the Shakespeare quotes – but good overall.

Strangest food combo you’ve ever had?

Was thinking about this the other day – Black Pudding is pretty weird isn’t it?

Steve Winwood – ‘Back in The High Life Again’

Ida Mae – ‘My Girl Is A Heartbreak’

I want Shazam to have a “I shazamed this song because I want to know who created this piece of shit so I never listen to them again” button. I reckon fifty-percent of some of these Shazam numbers are people going “what is this crap?”.

What is the furthest you’ve been from home?

Every day in LA [laughs].

Just re-read ‘The First Law’, which is a series by Joe Abercrombie – he’s incredible.

One thing you’re excited about for the future?

New music finally coming out and getting to play the new songs live.