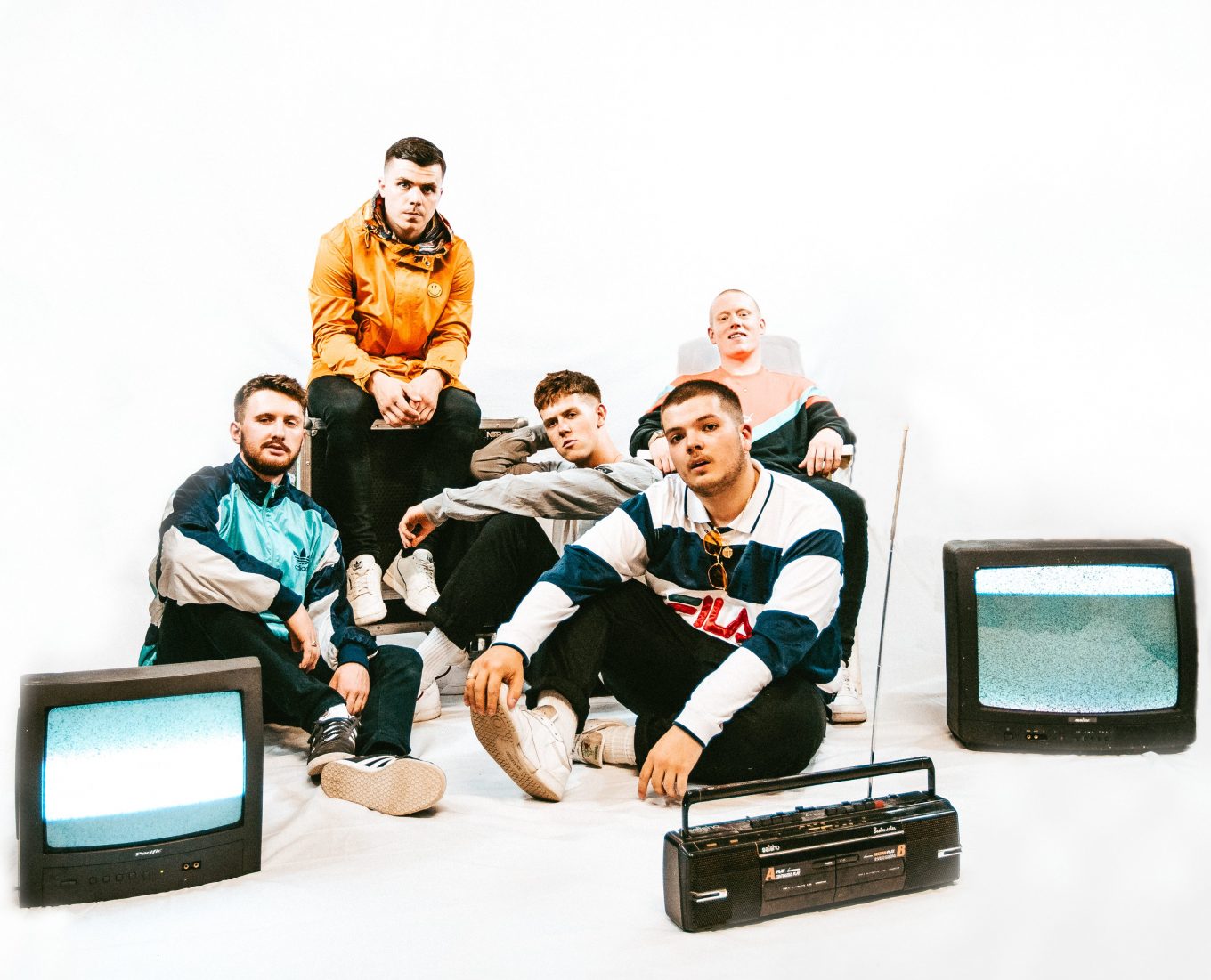 IVORY WAVE are establishing themselves as local heroes in Birmingham – entering the indie scene with songs that offer snapshot insights into modern youth culture. The Birmingham quintet recently performed at the city’s most vital event of the summer, the all-star Legitimate Peaky Blinders Festival. Ivory Wave are now gearing up to release their debut EP Dream Nights which will be released on November 8th.

AC: Tell us about your upcoming EP Dream Nights. What’s the story behind the name?

GEORGE JOHNSON: It’s an old song that we wrote a few years back – it was one of the first songs that we wrote that sounded like ‘Ivory Wave’ so when we were thinking of names it was perfect because it’s a snapshot in time.

It was definitely a eureka moment – we were all on the same page instantly.

Connor normally comes up with a beat and a few chords – and then me and Luke sit and write separate words and see who’s written the best part when we get together. It can get quite competitive but that’s why it works. We’re always fighting to write the best songs because that’s what matters to us, the music. Then we all get together and all of us throw ideas into the pot and that’s when it turns into an ‘Ivory Wave’ song – all of our influences come together.

Who did you look to for inspiration when producing the EP?

Definitely – we’re constantly writing. So the songs on the EP are the ‘cream of the crop’. We were in a really good position picking songs for it and a lot of the time we were fighting over which songs would end up on it – but we’re really happy with the tracks that made it. When it was finished we played it at our warehouse and sat back and thought ‘fuck…this is incredible’.

Let’s talk about the EP’s closing track Young Blood. What was it like working with Birmingham Community Gospel Choir?

It was honestly one of the most amazing experiences we’ve ever had as a band, the energy that they brought really shines through on the final version. The song is really sentimental to me so it actually got quite emotional during the recording sessions and you can hear that on the finished track, it’s us at our best.

How did you approach them with the project?

Our producer Matt Terry has previously worked with them. We’ve always dreamt about using a choir on our tracks so when Matt suggested the idea to us, it was a no brainer.

You’ve just played the Legitimate Peaky Blinders Festival. Are you all fans of the show?

Connor is absolutely obsessed with it – so when we got asked to play we were over the moon.

What makes a great festival for you guys?

A festival without rain! We’ve had an unlucky spell this year with festivals because it’s rained on every day we’ve played one so next year we want better weather and bigger stages.

I’m not too sure on that one! We’ve always had a loyal fan base and we know our music means a lot to them – it’s amazing how something you wrote in 10 minutes in a freezing warehouse on the outskirts of Birmingham can turn into something that can stay with someone for a lifetime. We try not to think about it too much because we’d probably spend 10 years writing something instead of 10 minutes!