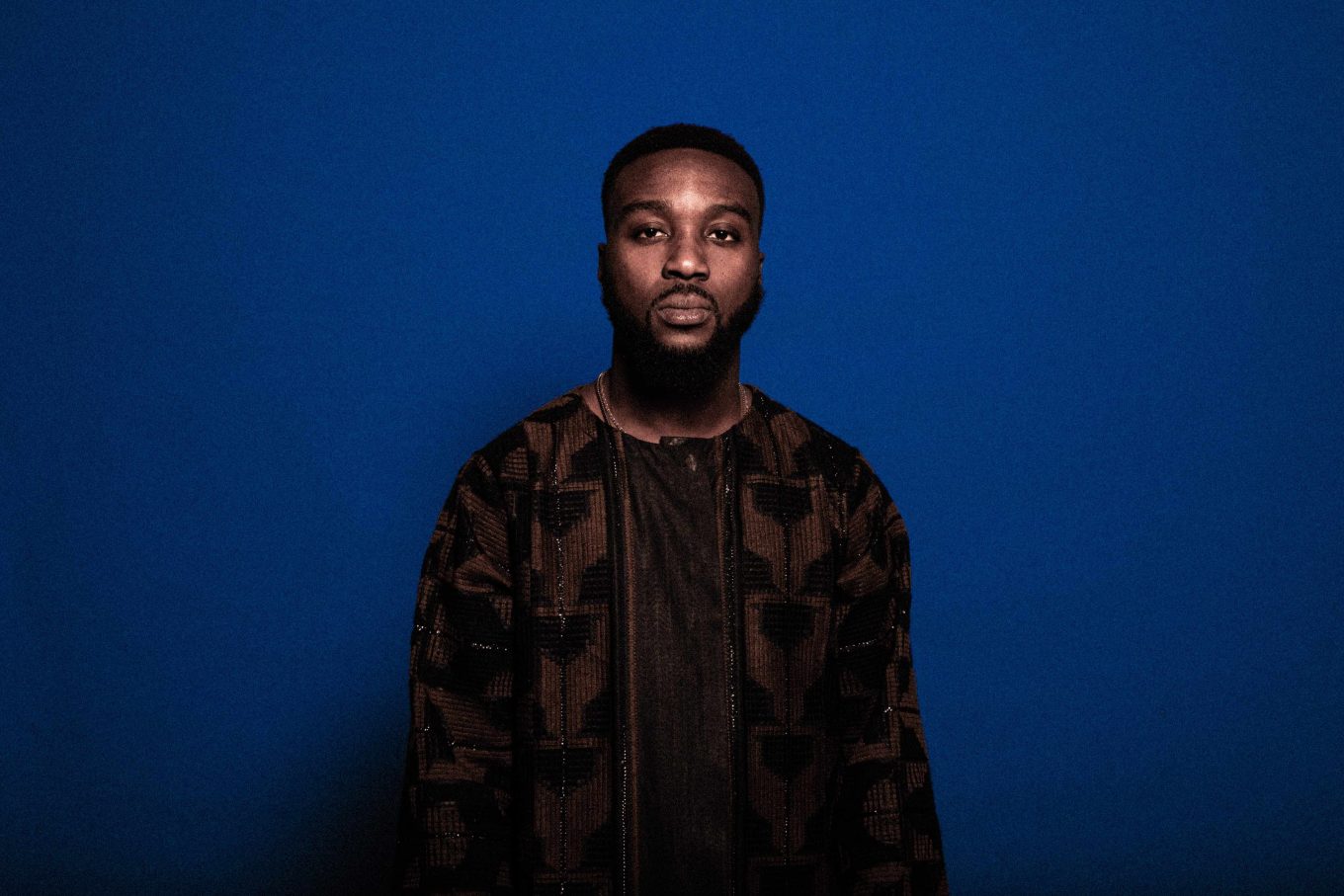 IDRIS LAWAL has just released his new EP Young, Black & Blue. The genre-bending and largely self-produced project consists of themes surrounding blackness, racism, heritage, and love. We caught up with Idris Lawal to talk about his new project in a reflective conversation.

AC: Let’s talk about your new EP Young, Black & Blue. What does this body of work mean to you?

IDRIS LAWAL – First and Foremost, It’s my baby. I will say I’ve been writing lyrics for about 14 years now and making recorded music for about 7. I had never seen myself as a producer but when I started working on this project 3 years ago – with the songs ‘Omoge’ & ‘Medals’, I had a certain type of sound in mind and randomly started putting things together to send as a reference to producers. I ended up liking how it sounded and kept working on it myself, as my musical acumen grew.

Around the time I started working on the project, I also started to read & learn more about myself, my family, my country, Nigeria which I left when I was 10. I read up on the history of Nigerian music and even developed a personal visual map. I was trying to discover myself but everything I was learning was subconsciously affecting my music and my sound.

In that sense, finishing and releasing the album also feels like a milestone in my understanding of myself as a Nigerian, an African, and as a black man.

IDRIS LAWAL – I think perfection is a curse for a lot of artists. Especially as an independent artist – you want your music to be played in rotation next to a label-signed artist and not sound inferior. For me, this came with a need to control every element of the music, but I’ve resolved to let people who are better than me at doing what they do to do what they do – and since then, everything’s come together in a perfect way.

IDRIS LAWAL – In these current times, my home and my studio do feel like the safest places to be. As a black man, with everything going on in the world, one can’t help but feel a little unsafe every time you step outside. And it’s just not happening in the States. It’s happening in Nigeria, in Canada, and everywhere else. And not just the fear of being a victim but also fear that the stress of seeing black kids killed unjustly almost every day can have longstanding negative effects on me (and many other black kids’) mental health.

On a lighter note, bees. I have an irrational fear of bees that has seen me make a fool of myself in public multiple times.

IDRIS LAWAL – Lyrics first, always. I actually started off writing poetry and eventually progressed to lyrics when I discovered a now-defunct online forum – RapNation – that helped me hone my writing even further. When you have other lyricists critiquing your lyrics in a text-only space & without context on your accent, flow, you pay more attention to things like grammar, metaphors, wordplay, and other language nuances. So, I’m always writing, in my phone, in books, etc.

Everything after is more off-the-cuff. For most of the EP, I had the lyrics written first and a tempo in my head. I would then add the drums and the rest of the beat’s melodies. After recording my vocals for each song, I then had Jelani play a couple of saxophone solos through the song, and Sydnee sing backup vocals as she saw fit. Kyu and I would then arrange the different elements before he went off with it to mix and master.

Most important for me – as I’ve alluded to earlier – is that everyone did what they do best on the song, without much direction from me.

IDRIS LAWAL – Burna Boy – He is literally taking Nigeria (and Africa) to the world in an authentic and unapologetic way.

Drake – Living in Toronto for the last two years, I now better understand just how much Drake’s music has impacted Toronto’s sound and culture (and vice versa). Something about everyone in the city literally knowing where you live and you being able to still live there comfortably and safely is just legendary.

Jay Z & Diddy – There are the OGs. Both entertainers were able to successfully climb both the entertainment & corporate ladder. I don’t think any artists have moved as they have since. Some have come close but it’s almost unfathomable that Jay Z grew from being a street rapper to owning Roc-Nation and Tidal.

Childish Gambino – I think when it’s all said & done, he’ll be one of the most important artists of our generation. His multi-disciplinary approach to his art is something that I read up on and try to learn from constantly. I love how he can disappear, make art, come back & release the art and the world stops. Magic.

I’ve kept the list short and to just artists but there are so many other non-musicians in the music industry doing their part to push both hip-hop and African music culture in rooms where they aren’t usually discussed. People like yourself. Thank you to all of you!

IDRIS LAWAL – I’m currently learning to play the live instruments properly. Even though I produce, it’s a very slow process and I’m not quite able to play & perform at the same time yet. My goal one day next year is to actually do an acoustic version of one of my songs live.

IDRIS LAWAL – I do have one and I have alluded to it earlier in this interview, but I will not speak on it further because it’s an idea I’m actually currently exploring haha.

IDRIS LAWAL – More important than I’d like it to be. Unfortunately, right now during a pandemic and the inability to perform shows in real life, Instagram/Zoom/Twitch shows have almost become the norm. I’ve also found that because a lot of my friends are consuming the same things on social media, our conversations have naturally shifted to these platforms. I can’t say if that will continue or not.

I’m also making very Nigerian/African inspired music while living in Toronto so social media is very important for me to both find inspiration from as well as connect with people there.

IDRIS LAWAL – Not ahead of the gig but I do start every show with an acapella performance of the first verse on my song called Moonshine. I wrote and released this song in 2015 and It’s now no longer available on any streaming services but the first verse has become a bit of a mantra for me.

IDRIS LAWAL – Tough question – I honestly don’t know what I want the world to look like or if it matters what I want but what I do hope is a much better future for Nigeria and the African continent; as well as more African storytellers telling our own stories.