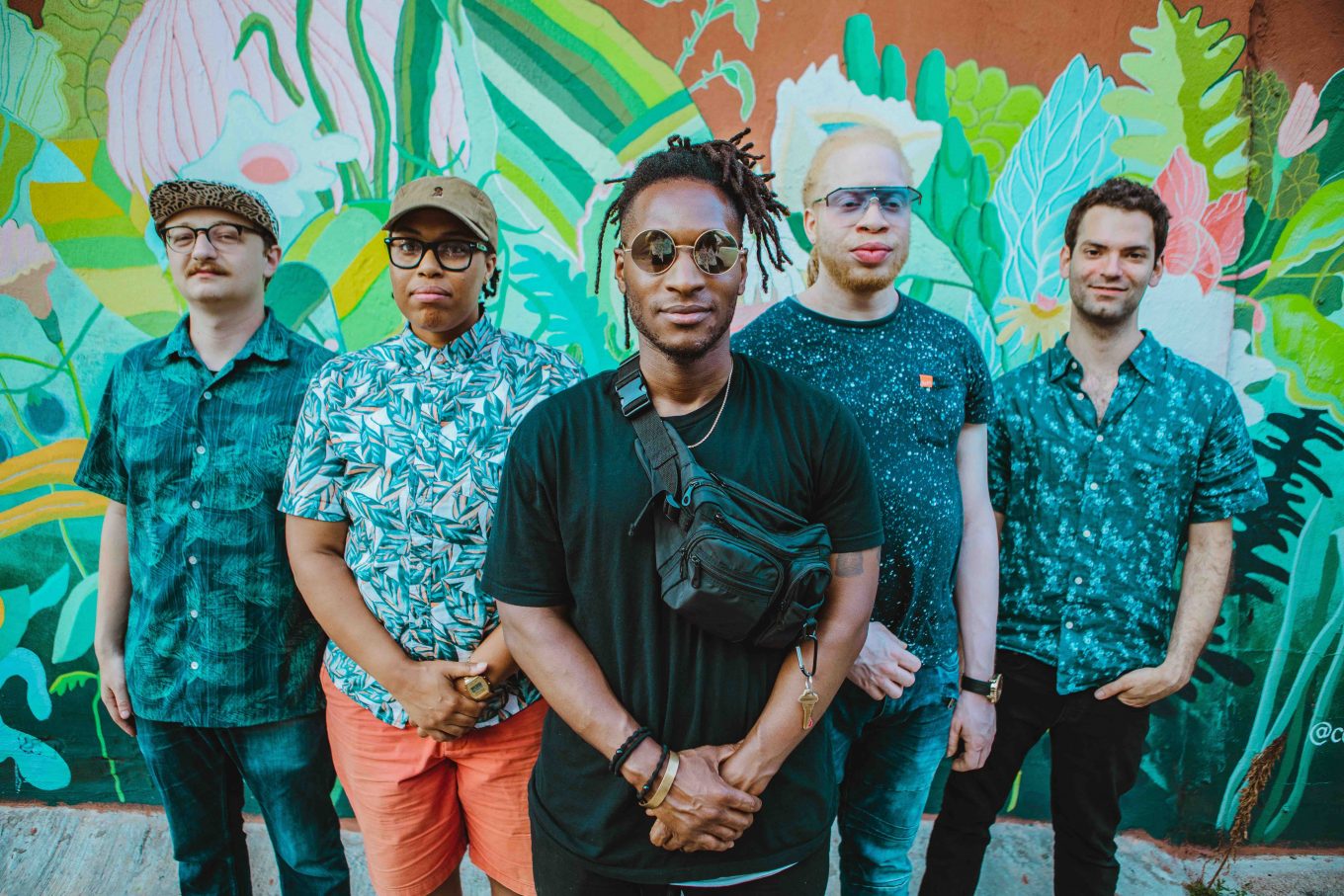 Formed under a year ago, the Brooklyn soul collective has already been making a name for themselves across New York’s live music circuit, headlining and selling out the city’s top music venues such as Brooklyn Bowl and Elsewhere (Zone One), among others.

RED: Nah, not necessarily. I just let the vibe of the song take over, and see what I can contribute.

AMIR: Writing as a group. I feel most comfortable writing alone, but I’d like to be better at creating in a group setting.

MISHA: Honest guitar tracks that inform the rest of the production the way the drums or the vocals do. I would like to conquer the fear of my own flavor and the more classic style of laying a track, all the way through.

WILL: I want to record to tape. I’m dying to make a record on magnetic tape and to challenge ourselves to embrace that perfect imperfect.

RED: I don’t focus on the fear of anything other than not being at my best.

MISHA: Developing a live show that helps encapsulate our eccentricities

WILL: I want us to be able to go on tour! We were supposed to in April, but after COVID hit, all of those dates went out the window.

AC: Let’s talk about your debut EP. What does this body of work mean to you?

AMIR: This is the first collaborative release for me. So this EP is much bigger than just the music. I’ve grown so much by allowing myself to be influenced by my brothers. So this EP is a representation of that growth.

RED: It means the world to me, and more. To see what some of the dopest musicians I call family, can create a beautiful expression of love, in all its emotions.

MISHA: This EP to me is about growing up, finding peace in maturity in composition, and finding hope. This record is about adulthood and balance, manifesting-love and pride in a meaningful and mature way – as most of my 20s have been without that balance…

WILL: For me, this record is about distillation… like what are the essential elements of each song and how do they support what Red and Belami are communicating. This group has always been about putting Amir and Red under the spotlight and making sure that everything that’s happening in these songs supports their performances.

AMIR: Moms exposed me to all the vocal jazz greats. I grew up listening to and aspiring to be like Boyz II Men, Jodeci, 112, Dru Hill. Then people like D’Angelo, and Bilal at the forefront of the Neo-Soul movement showed me how to combine all of those influences to begin to develop a sound identity of my own.

RED: It has, to a certain extent. This would be more of a modern-day feel for me.

MISHA: Growing up in the rock realm, though I’ve drifted from the heavier sounds and timbres – electricity and energy have remained a core part of my musical footprint. I tend to get a little too excited when I play, even still, a remnant from my days emulating AC/DC and Motorhead. Ironically, Herbivores has forced me to be more critical and specific about that excitement… placing it in the right places

WILL: The first album I bought for myself at age 8 was James Brown’s 20 Greatest Hits. It’s 100% the reason why I’m a bassist too. The foundation of the funk.

AMIR: Usually begins with a Dropbox link to a very raw skeleton of an idea.  From there we sit it in the sun and continue to water it until we discover what it actually is.

RED: It can vary. Either on the spot at the studio, or from a random idea, listening to an instrumental. Inspiration can arrive at any time.

MISHA: Generally it starts with Will or I as a kernel of an idea in either of our personal studios. In the past, certain instrumentals have been manifested entirely before passing them off to Belami or Red for writing. We only form voltron in the tracking stages – rather than the old school “in-room” development.

WILL: It usually starts with a drum beat. Sound and meaning are deeply connected, so a lot of it from a production standpoint comes from trying to understand how rhythms and textures come with their own connotations.

AMIR: We’re still trying to figure out the best way to structure the live show.

RED: Nothing in particular. Just learning through experience. From studying the greats, to our current journey, remain students of the game, mastering our craft.

MISHA: How to make our sets last more than half an hour

WILL: I think we’re all still trying to balance light and shadows. At what point does something bright without shadows lose depth and vice versa.

AC: How has Brooklyn inspired your music?

AMIR: Brooklyn is the instrument you don’t necessarily hear in the mix but gives the music presence. I honestly don’t think this music would sound the same even if we lived in a different borough. Brooklyn is the shared experience that we all pull from when we create together.

RED: Brooklyn is where my style formulated to what it is, and will continue to be the foundation of it.

MISHA: It’s critical to our sound. The love songs on this record are 100% Brooklyn oriented – especially 6AM – it really encapsulates the feeling of “loving while grinding.” That philosophy remains core to everything we do.

WILL: I think Brooklyn is a big piece of all of us as people and as writers. Brooklyn has a way of tolerating no bullshit, and that’s what I admire most about this project: its honesty. None of us are afraid of unpopular opinions in our writing process. It’s that New York respect, the sense of independence but the overall feeling of connectedness, brutal honesty, and in-your-faceness that’s made its mark on our music and our process.

AMIR: Given the current limitations on interaction, it’s essential to us letting the world know we exist.

RED: I tend to keep away as much as I can as of late. When you scroll the timeline, you’re not in control of what you randomly see, and sometimes it can weigh heavy on your emotions, depending on what it is. I like to be in control of my emotions, because it helps me to be more productive. Just my own 2 cents.

MISHA: Depends on the platform. I find it pretty distracting most of the time but enjoy Instagram so we can DM Erykah.

WILL: Somehow it’s become the most important thing and the least important thing at the same time. It’s so difficult when our city is shut down, our venues are shuttered, to have any meaningful one-to-one connection, and I personally can’t wait to be in the same room again. But at the end of the day, I’m grateful that we have so many ways to stay connected to our community in a time when we can’t all risk face-to-face for the time being.

AMIR: The Herbivores name has many layers. It’s like peeling back an onion.

WILL: Amir was freegan when we first starting writing these songs, and I think Red was on a plant-based kick too. I’m a pescetarian, and obsessive plant dad (seriously, I have ten plants on my fire escape), and the name fit kinda like a glove.

AMIR: No good ones.

RED: Sometimes I lock myself in the bathroom, and do Michael Jackson dances, in front the mirror saying, “WHO’S BAD?!?!”

AMIR: Healed from the negative influences of any decisions made in the last four years.

RED: Universal unity would be dope. Speak it into existence, right? More focus on humanity, and less on corporations.

MISHA: Still existing (or rather, humanity still inhabiting it)

WILL: Greener. Everyone has a garden.