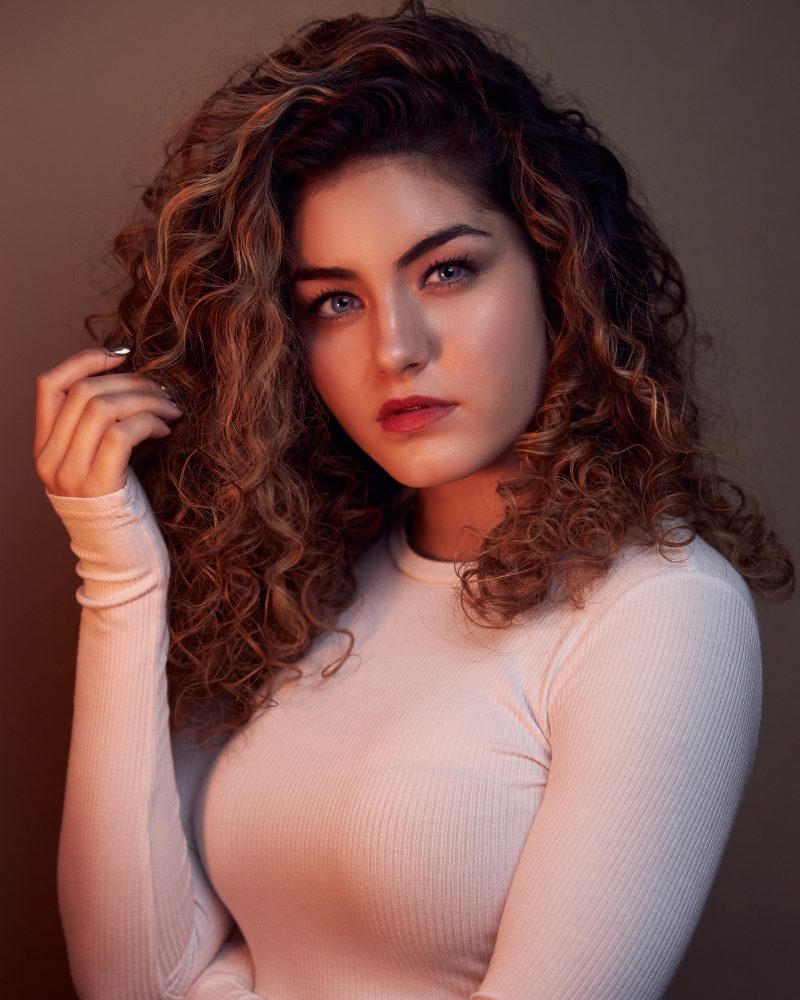 HAVEN is nothing short of a pop powerhouse. The young musician’s career was kickstarted by writing country tunes in the heart of country music, Nashville.

Growing up in the 1,600-person town of Moville, Iowa, Haven decided to head to ‘music city’ at age 12 – where her singing and songwriting talents were quickly recognized. A small-town girl with a big-time stage presence, Haven began touring the nation by age 15 with major country acts such as Thomas Rhett, Lady Antebellum, Toby Keith and Hunter Hayes.

We caught up with Haven to talk about her new single and upcoming projects.

HAVEN: I’m honestly most comfortable in the studio! I think my only fear is that I’ll wake up one day and not have a song to write. That’s never happened and I don’t think it ever will, but I’ve had that thought before. It’s amazing how songs just keep coming.

I definitely have fears I’d like to conquer outside of the studio. I think overall just being less hard on myself. I’m my own biggest critic.

Let’s talk about your new single Sad & Successful. What does it mean to you?

Sad & Successful is probably the most personal song I’ve written and released. I was in a writing session in LA and my family was celebrating my dad’s birthday in Nashville. They were sending me videos and I was feeling homesick and creatively drained. I remember just thinking.. is me being here in this studio worth being away from the people I love…like at the end of the day when I’m successful will all of this be worth it?

The song poured out and my producer was actually recording me watching the videos from my family so at the end of the song you can hear my mom say “We love you Kelsey” (which is my real name) and it’s just so special to me. Obviously, I love what I do, I love my team and LA so much but sometimes you just have those moments of being homesick and I think we definitely captured that. I’m so excited to share it on April 3rd!!

I grew up on country music. My mom was always playing Shania Twain, Faith Hill and Martina McBride! I think my biggest inspiration that I’ve pulled from the most is Shania. I love her so much.

What was it like growing up in a small town?

Honestly, it was amazing. I grew up with 3 brothers in a farm town of about 1,600 ppl. We had horses and a river in our backyard to swim in. We spent most of our time exploring outside and playing sports.

My songwriting process is different every time, but overall I am very melodic driven. I let the melodies I write and hear drive how I’m feeling and what I feel like writing about. Sometimes the lyrics come first though and I’ll write music to the lyrics. It’s never the same, it really just depends if the music is inspiring me or I have a concept on my mind that inspires the rest.

Who do you look to for inspiration in the industry?

I really look up to Selena Gomez. Her album Rare is incredible and I aspire to be as gracious and kind as she is.

I think I’m always learning and growing. That will never stop. My main instrument is guitar so maybe learning some more instruments to play would be fun.

You’ve been splitting your time between Nashville and Los Angeles. Has the vibe of the two cities influenced your music?

Yes! It has influenced my music for sure! I think when you’re away from your family and your home there are emotions that come out of you in your writing that may not have been there if there wasn’t that distance. LA moves a lot faster than Nashville. My single Sad & Successful that’s coming out April 3rd talks a lot about that transition.

This might already be an app, but when you see clothes you like on somebody or on TV you can take a picture and the app will find them for you to order online.

I think social media, if used in the right ways, is a great source for artists to get their music out and reach people they may have never been able to reach before. I love connecting and meeting new people. It’s given me an outlet to connect and also support other people on their journey. I love it!

Happy, healthy and accepting and loving each other no matter what our differences or beliefs are.

I’d put cute puppies all over it because who wouldn’t love to see cute puppies everywhere. It’d make people happy.

Can you tell us about the charity work that you’ve recently been participating in?

I started becoming involved with The Rally Foundation for kids with cancer in Nashville around thirteen years old singing at events to help raise money. When I did that, I learned that only 4% of federal government cancer research is going to studying pediatric cancer which is unacceptable and something I didn’t realize until I became involved with Rally.

I’ve met so many incredible, smart, beautiful kids and it breaks my heart to see a child going through any type of illness. Kids should be outside playing with their friends not stuck in a hospital bed. Teens For Jeans is such an amazing foundation where you can drop off jeans you’re not wearing at your local Aeropostale and they will be given to teens who need them! It’s such a simple way to help and it goes a long way!