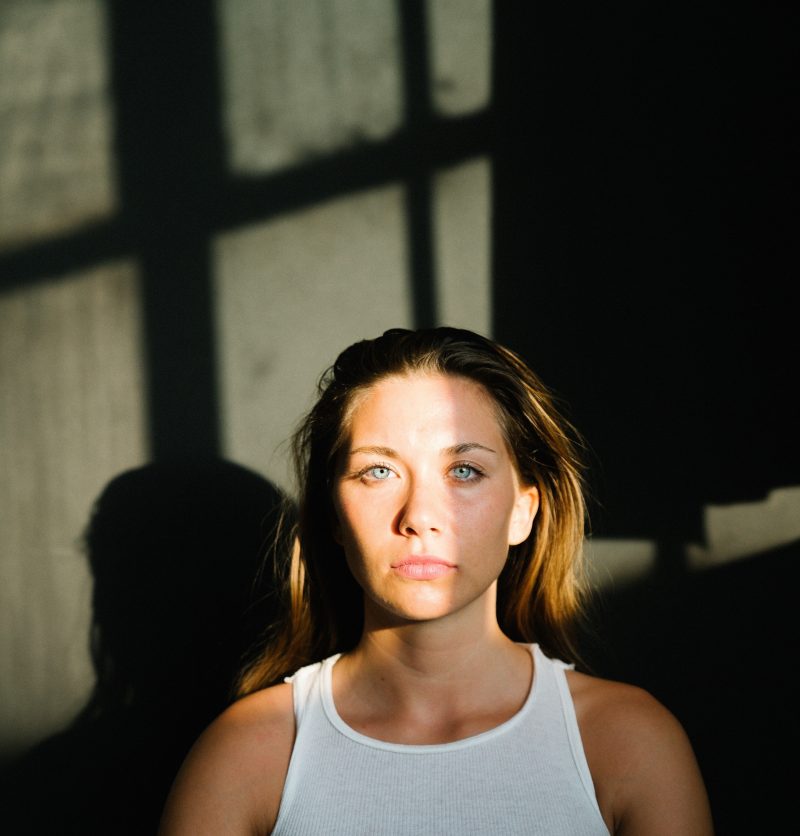 HALF WOLF has just released her latest single My Stranger. The Los Angeles-based songwriter spoke with us about her life as a young musician in a wide-ranging interview.

HALF WOLF: I’d like to take on the fear of being a solo female artist who went from street performing to big league studio sessions. It’s been a year of me developing confidence in my art. I may not know how to run Pro Tools yet but no one knows my music better than me.

Fear of confidence. Recently it really clicked for me that self-doubt is the biggest waste of time. No one gives you brownie points for self-deprecating. I am a pretty obsessive artist and I’ve realized that it’s okay to let that show.

Let’s talk about your new single My Stranger. What does the song mean to you?

This song is gnarly. This was the first song I wrote after living in LA for a couple of days. There’s quite a bit of personal drama that surrounds this song which makes it fun. It’s an unresolved story in my life which makes it emotional to perform.

My parents facilitated a ritual where we would dance to Ring of Fire every morning before going to school. So, you could say my parents were pretty cool. They showed me life with diverse music taste. I first heard Gorillaz when I was six years old and around the same time was introduced to Andrea Bocelli, Pink Floyd and The Doors.

It comes from all over the place, I’m inspired everywhere. Sometimes a friend will say something so perfect that I have to write it down. I recently found an upright baby grand piano in a garage that is perfectly in tune. So that’s pretty damn inspiring.

An app that quantifies black matter.

It is a necessary evil. I struggle with quite a bit of anxiety around it when I abuse it. Which looks like deleting and downloading the app six times a day and spending too much time on the discover page. I find that it stunts my creativity if I take it too seriously. But I do believe that it’s all in the mindset of how you approach it as an artist. I love having a team of artists create concepts for posts which helps me use it in a creative way.

I like to keep show days pretty mellow and light-hearted. I’ll watch some silly TV, meditate and go for a run. I’ve recently found that a game of cards is helpful to clear my head before going on stage.

Like Woodstock, where everyone’s finally figured out how to get along. It’d be nice if it wasn’t on fire.

“You should call your mom but it’s okay if you don’t.”

New Year’s is my favorite holiday but I don’t wait until the new year to start my resolution. Right now I’m working on speaking with silence.

What is one thing you’re excited about for the future?

The future’s not here yet. I try to remain as present as possible.