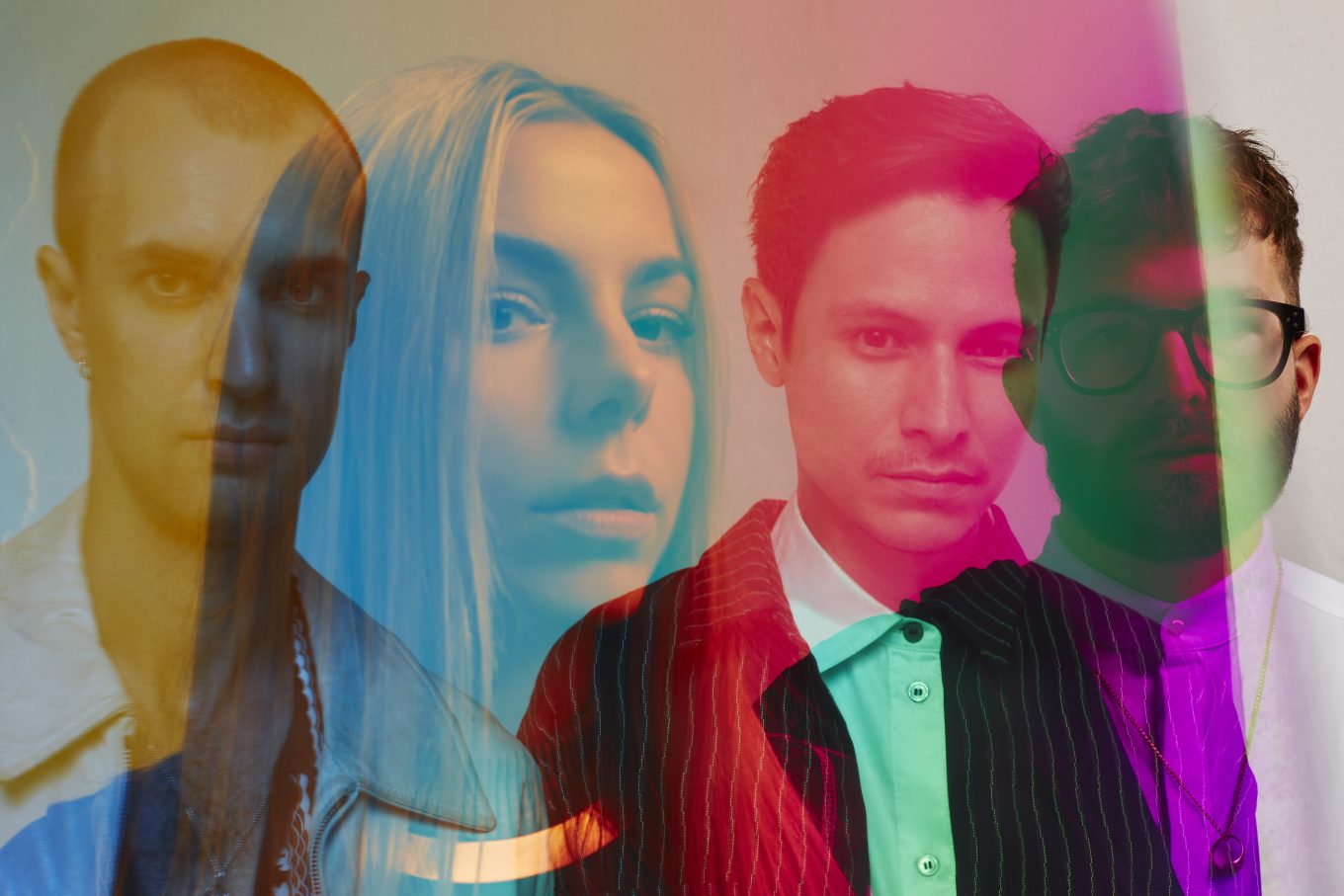 After releasing acclaimed debut album Full Circle in 2016, HÆLOS performed at Coachella, Glastonbury and Lollapalooza – as their work attracted praise from the highest levels of the music industry.

Where the debut from Hælos explored inward-looking themes, the follow up record Any Random Kindness looks outwards at a changing and uncertain world.

AC: With themes explored in the debut album, it felt very inward-looking. Do you see the album as a reflection of yourselves at the time?

HÆLOS: Full Circle was definitely a more introverted album. We hadn’t been a band for very long when we started writing it, so we were only really just getting to know each other at that time. Our sessions would often feel like therapy circles, talking through past experiences, heartaches and personal growth. The process brought us very close together as a band.

In contrast, your new album feels quite outward-looking. What inspired the shift in focus?

After Full Circle we were on the road touring for close to two years on and off. It’s hard not to be influenced by travel. Experiencing new countries, meeting and talking to people from completely different backgrounds to your own. Encountering those different perspectives of the world no doubt had a big influence on shaping the themes on this record. The other thing we became increasingly aware of between the two albums was the encroachment of technology on our lives. How addictive our relationships with social media had become and the ways in which new technology was shaping our relationships. In many ways it feels like our interaction on a physical level is being compromised. Searching for human connection in this changing landscape was a theme that we came back to repeatedly on Any Random Kindness.

How has the changing political landscape influenced your work?

We started writing Any Random Kindness at the beginning of the Brexit and Trump era when the political landscape started to shift. There’s a lot of uncertainty at the moment, both politically and environmentally which is hard not to feel impassioned by. The conversations and debates we were having amongst our peers would feed into our writing sessions and the themes we were exploring.  For us, its never been about pushing our views on others. We just wanted to raise questions and chronicle the experience of living through unpredictable and changing times.

Tell us about the title Any Random Kindness, where did it come from?

We wanted a title that encompassed the themes of the record and decided to use the song Any Random Kindness as a template acronym to build from. The idea that if the floods come, be it floods of data or environmental disasters, who would survive and make it onto the ARK? As soon as the words ‘Any Random Kindness’ came together, their sentiment just felt right, we can only hope and believe that kindness and acceptance will always triumph.

How did you know when the album was complete?

There was a point at which we just had to let go. It’s never really finished. Even now, taking the songs out on the road and playing them live, there are things we could still go back and change. There just has to come a moment when you surrender and let the songs take on a life of their own. Once they are out in the world they no longer belong to you. There’s something incredibly liberating in that decision to finally let go and share the music. Especially when you’ve been holding it so close for so long.

Can it be tough to let go of a project when you’ve worked on it for so long?

For sure, but letting go of something is also the beginning of a new chapter. Letting go of the studio recordings just gives us room to explore new versions of the songs live which ultimately inspires new ideas and new music.

Which tracks, in particular, do you think fans should look out for?

Two of our personal favorites are Another Universe and So Long, Goodbye.

From start to finish, how long does a Hælos track take to produce?

There’s no set formula and it really varies. There’s always a lot of constructing and deconstructing in our writing sessions. Songs can go through many different lives before we decide on the final direction. Once that direction is set and the song is written I’d say it takes Dom about a week to fully finesse the production.

We’ve not had anything that out the ordinary yet, just lots of requests to sign body parts at gigs or offers to play in exotic places! What has been fascinating though is how willing our fans have been to share their stories with us. We’ve been making a documentary about the themes on this record and asked our fans to participate. Some of the stories that have emerged from this have been fascinating and incredibly humbling.

For those who don’t know, how did you settle on the name Hælos?

We loved the visual impact of a halo. A complete and never ending circle. It’s a universally occurring shape found in nature, science, space and across religions. Initially, we’d planned to spell it as HALOS but we got an email from an American rock band who already had the rights to the name. Rather than change it completely, we decided to just reshape the spelling.