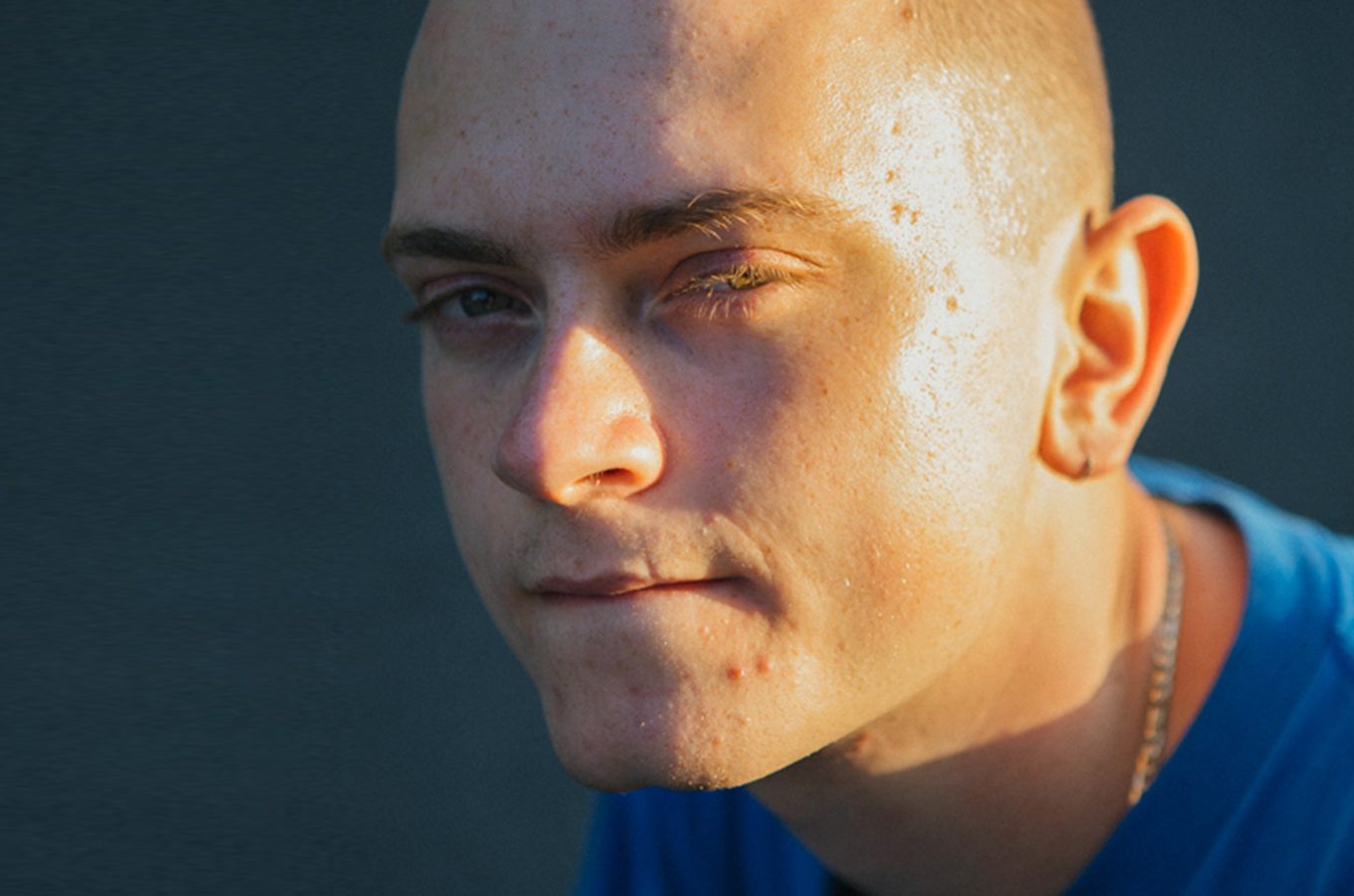 GEORGE GRETTON is a songwriter and multi-instrumentalist hailing from Nottingham. He has recently released Grey / Blue, an entirely self-written and self-produced track, encapsulating the scope and breadth of his experimental, do-it-yourself pop sound.

GEORGE GRETTON: Usually, the early stages of a vocal or synth melody will formulate in my head. I’ll fling my laptop open and get it down as quick as I can before I forget it. That’s pretty much always at the worst possible time too – just before leaving to meet someone or when I’ve got a million more important things to be doing.

After laying down the idea, I spend ages finding or making cool sounds to layer beneath it. I’ve got quite a weird habit of just adding layers and layers of percussion rather than writing the next section of the track, so I usually end up removing stuff once it’s close to being finished.

I try not to listen to anything else once I’ve started writing something. I kind of go down a rabbit hole in my head and get lost in an idea, and I wouldn’t want to dilute that with ideas from other places.

That’s not to say I don’t take huge inspiration from elsewhere, it’s impossible not to. Lyrically I’ll always get inspired by something I’ve heard or read. Listening to mad tracks always sets me off too. Listening to the new Jai Paul tunes this year made me want to go straight into some new stuff. I’ve also been listening to a lot of this Grime producer called Proc Fiskal who makes the craziest sounds – that always get the cogs turning.

How has Nottingham informed your music?

Maybe I’m biased, but the live music scene here is so good. There were always opportunities to get gigs growing up, and there’s so much talent here. You can go to the local festivals or nights with local support acts, and they’re always just as good or better than the bigger touring acts.

There definitely isn’t a ‘Nottingham Sound’, but being around so many creative acts and amazing shows has rubbed off on me for sure.

Let’s talk about Grey / Blue. What does the song mean to you?

It’s one of my favourites. I don’t have a lot of tracks with acoustic guitar and tambourines all the way through, but it still definitely feels like me. It’s fun but really honest as well.

Before I started this project I wanted to score music for films, and I think you can hear some of that lingering in Grey / Blue.

I find social media infuriating and mind-numbing. It’s an echo chamber. It’s a pit of stolen content and stupid opinions and I don’t want any part of it.

Having said that, it wouldn’t be the end of the world if you gave me a follow at @georgegrettonmusic.

Hopefully slightly less chaotic than it has been this decade.

I had a stroke of genius last summer when my friend and I wanted an ice cream but there were no ice cream vans around and we wished we could contact one from an app. I’m not going to tell you what it is because it’s going to make me millions and I haven’t patented it yet.

I’d love to see that image of David Beckham meeting Prince Charles in a durag on billboards worldwide. The world is laughing at the UK right now, but that would demonstrate to all what our great nation is really about.