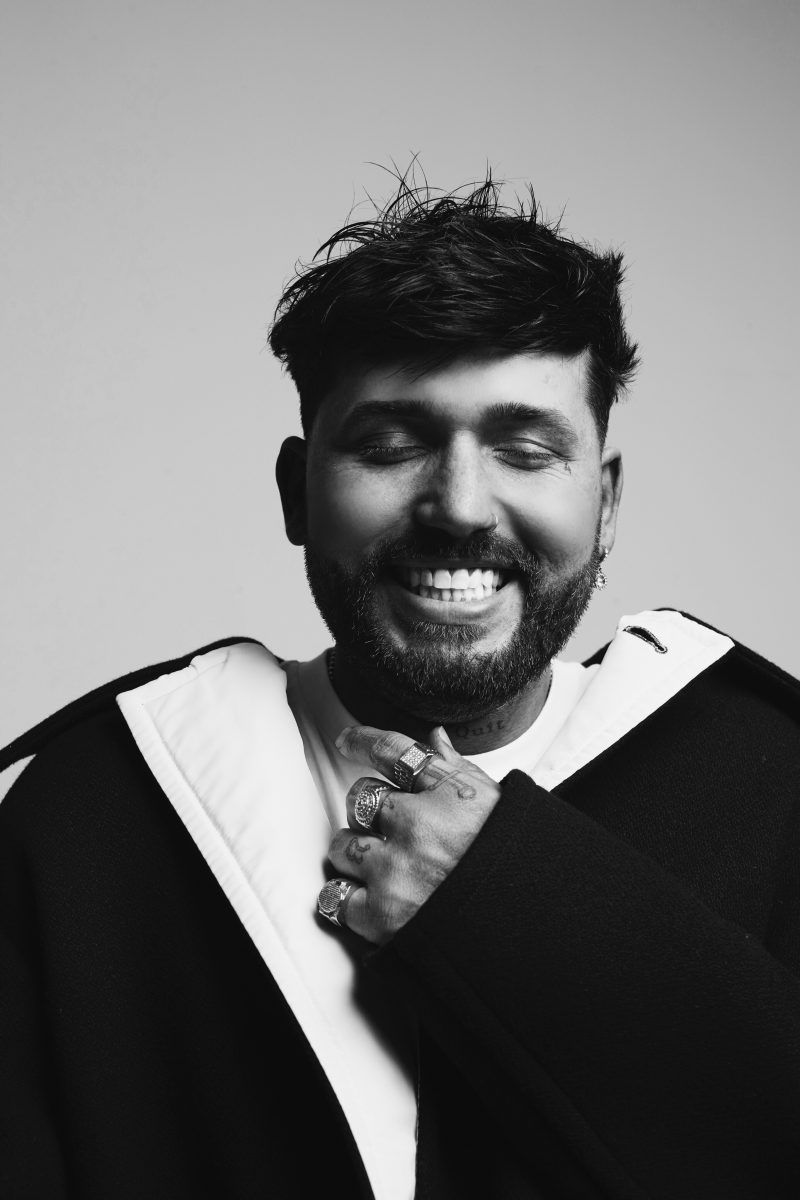 GASHI is an artist at the height of their powers. His highly-anticipated self-titled debut album, GASHI, was released in September, mixing a blend of singing and rapping into a signature style that infuses New York culture with musical elements from around the world.

GASHI: I walk into the room, all the lights are out, we got candles burning, Starbursts and Skittles all over the table, hot cookies, a bunch of the team sitting there. First, I hear the beat and ask myself, ‘How can I make it better?’. I scratch the beat apart, sing the melody how I want it, and when I start singing, somehow magically, words appear.

After the words appear and I put them down, I call the producers, I picture the way I want the song to sound like and basically copy that sound with my mouth, and they make it happen for me. I have to listen to the finished song like 30 times, I see what the fans think, and then we have a hit record.

Which track on the album was the quickest to produce? Which took the longest?

Outro was the easiest, Intro was the hardest. For the outro track, I was sitting naked on my couch, and a trailer for the Thor movie was playing, and I was like ‘That movie looks fucking awesome’. Then I realized I liked the song in the trailer, not the actual movie. I Shazamed it, found the band, and I was like ‘Oh my God, this band is so lit, they made these chords.’

I reached out to them, the kid came to my house, and I was like ‘This song needs to be the song to my outro’ and that was it.

Intro was the hardest; it’s a wild story. My friend Bridges invited me to Beverly Hills, so I pull up, and when I hop out the car, I see nothing but Maybachs and Phantoms and Bugattis, and they’re all white. There were so many cars blocking the mansion. I finally go around the cars and see this mansion that’s owned by this African king. We go to his studio inside, but we all have to be quiet because his family is sleeping inside. So we made a hit record without making any noise.

Who did you look to for inspiration when producing the album?

Cheb Khaled. He is one of my favorite artists in the world. Especially with me being from Albania and having traveled around Africa and the world, I’ve always loved his sound. When I was younger I told my parents that I would work with him one day, and now we have a single coming out together. We’re shooting the video in Paris. He’s the kind of guy when he steps off the plane in Paris, people put rose petals on the ground because he’s a fucking king. Working with him has been crazy.

I was also inspired by Kanye West and Hans Zimmer. I love Zimmer’s movie soundtracks, and I wanted my album to be like a soundtrack for life like that.

Which track would you say is the most introspective?

I would have to say Roses because that beat is just so life. That beat is the soundtrack to everyone’s day. There’s something about that song that makes everyone love me and think about themselves and their life and their experiences. I put that song together so people can listen to it and feel different, and get out of their comfort zone.

Overall, there was like 286. I feel like I’m so ahead of my time, that I need to slow down. When I drop music, people don’t get it. I need to wait a few years. This album went to number one, but the sad part is that I recorded it in 2015. I need to take my time, people aren’t ready. I also have an 80s album coming out soon.

Can fans expect any surprises on the upcoming shows?

Which cities are you particularly looking forward to traveling to?

Nigeria. The U.S. was number one for my album, and Nigeria was number two. They listen to me, and they’re loving me. If they love me that much, I can’t wait to go and see everyone.

“Can you have sex with my girlfriend while I watch?”. I said no.

I have a request though, I want to take Lizzo out.

The clout chaser app. You would put your face, or scan somebody’s face, and it would be able to tell you who is a clout chaser. I have been trying to find love and get married, and everyone is trying to get some clout. We’re in a world of clout; Wi-Fi is the new high. I need to know who the real people are. I love the world, I don’t have time or space for hate.