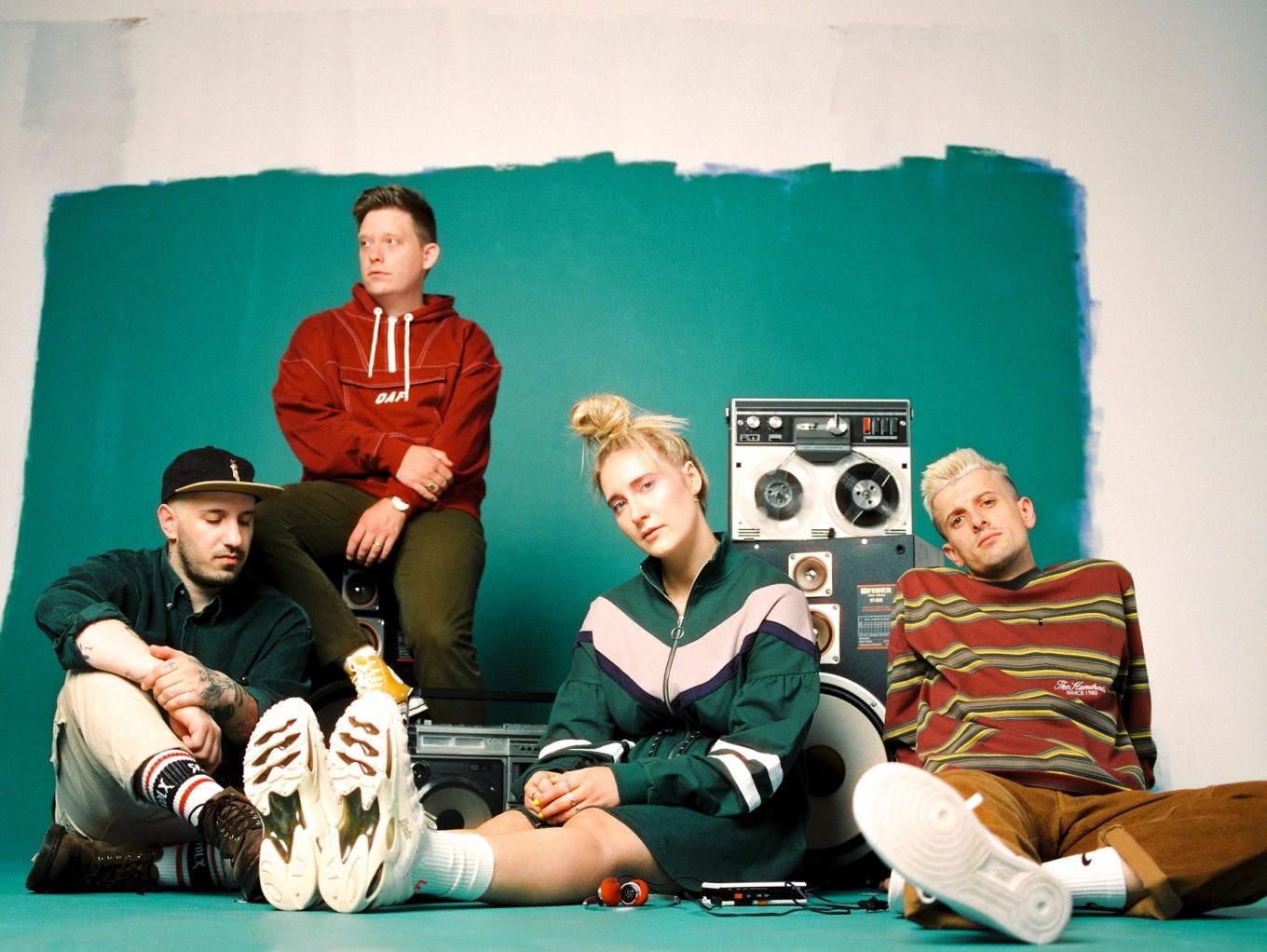 With over 150 million streams to their name, 2020 was set to be another big year for Fickle Friends. The band had already released two new tracks, Pretty Great and Eats Me Up, but as they moved towards the release of their second album, the world went into lockdown to control the COVID-19 pandemic.

All plans for a second album had to be rethought. Fickle Friends felt that releasing a full album that they couldn’t tour wouldn’t work. It was time for a rethink. They found inspiration in the television format, and Weird Years was born! Further installments are expected to follow next year.

AC: Let’s talk about Weird Years. What does this body of work mean to you?

FICKLE FRIENDS – It means so much to us. Musically and lyrically it’s so varied. We’ve really written what we wanted to write and have been so influenced by such a massive variety of artists over the last few years. Definitely some deeper stuff coming out in this project but still a load of super fun tracks.

Well, there’s sometimes fear and worry about what our team and the music industry are going to think of a song. It’s pretty easy to constantly be second-guessing everything, and we’ll end trying to write something that’s going to fit into a certain playlist or that may get chosen for a radio playlist. But that mindset isn’t gonna help us write great music, so we try our best to block it out and just have fun with it.

FICKLE FRIENDS – Between us, we probably fear quite an array of things. I guess one would be the fear of the future and what’s to come. Planning is important, but sometimes just living in the moment is just necessary.

FICKLE FRIENDS – It changes from song to song, but usually when one of us is just excited about an idea, we’ll jump on that and give it a shot. Sometimes, a drum beat, sometimes a lyric, or maybe something we’ve heard that we wanna take from.

FICKLE FRIENDS – Anyone who is putting out music with a message they believe in is inspiring. Even if it’s not totally up our street, we have a lot of respect for genuine artists just being themselves for the sake of making good art.

FICKLE FRIENDS – Many things. One is maybe just learning to be at peace with what you have and where you are career-wise. We sometimes overthink situations, or feel disheartened by the little things, but really life’s too short and we are lucky to have what we have.

FICKLE FRIENDS – Because the live side of the industry is on hold, social media is our main outlet to the world. It has its pros and cons but one great thing is just having a really quick and easy way to engage with fans. We’re gonna focus on collaborating and connecting with people as much as possible!

AC: As a band, what is the biggest realisation you’ve had this year?

FICKLE FRIENDS – Life is very strange, it can move slowly but can also move way too fast. Your circumstances can totally flip overnight, but the one constant is that it’s always weird, right?

FICKLE FRIENDS – Music. Anything from Justin Timberlake, Spice Girls, Britney all the way to the bands playing the festival circuit when we were younger, like MGMT hence the lyric in What A Time, “Getting messed up to MGMT!”

FICKLE FRIENDS – I don’t know why it’s always these songs but we’d often listen to Boy by Charlie Puth and Stockholm Syndrome by One Direction before a show.

FICKLE FRIENDS – Would love to see less hate in the world. You’ve got hateful people doing bad things, and you’ve got everyone else (understandably) angry at them for what they’re doing. So yeah, it seems like an endless circle of hate. Sorry, that’s a bit bleak, but yeah just imagine if we actually all lived peacefully together, would be awesome.