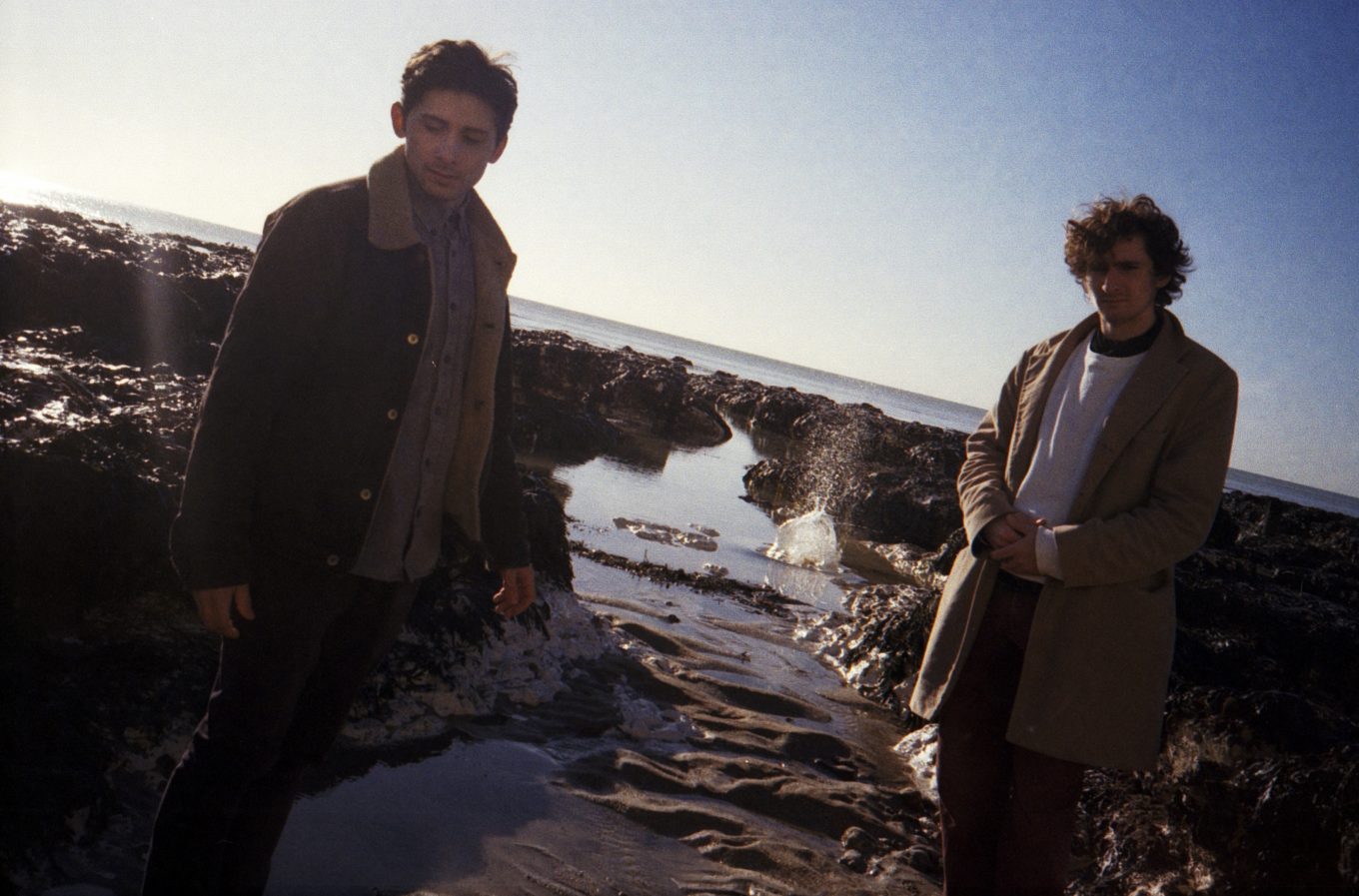 FEBUEDER is an Avant-indie two-piece made up of vocalist/multi-instrumentalist Kieran Godfrey and percussionist Samuel Keysell. We recently caught up with Febueder to talk about their debut album which they have been working towards since they formed in 2013.

AC: Let’s talk about your debut album Tomalin Has Etched In. What does this body of work mean to you?

KIERAN – A new discovery and ulterior palette of production and songwriting; recording segments in the moment with less forethought than before.

SAMUEL – The best way to put it candidly, honestly, is when it was finished I said to most of my friends, ‘I think it’s the best thing I’ve ever made.’

KIERAN – I would like not to hope or expect, hope is admitting the odd chances, but its essence contains expectation, only less. Hoping to be creative exhibits hidden frustration, but expecting gives you a reason for frustration, you expected better. Thomas Jefferson wrote privately in June 1817, “The flatteries of hope are as cheap, and pleasanter than the gloom of despair”. And still, not hoping or expecting has never been more freeing, no despair yet.

SAMUEL – I don’t think I have any fears when Kieran and I work together or on our own when recording. I would say, to be able to feel confident and speak my mind more bluntly when working with outside producers. This is something I felt uncomfortable about in the past, but it’s been two years since we worked with any other producers, so I should hope this would be a different experience now.

KIERAN – The burden of overthinking meaninglessness.

SAMUEL – At the minute I fear the sun, I burnt my nose and forehead. I also fear the regeneration of my own knee. I’ve not used it for 3 weeks in an experiment to see if this could cure the ligament damage that has progressed in pain for 18 months. I fear that my diagnosis for repair could be useless.

KIERAN – On loop, hearing variations I made on my phone, pedal or guitar. I can have about five inchoate versions of a song sometimes.

SAMUEL – Normally it begins from something either Kieran or myself has recorded onto the loop pedal, this is very often the basis for a song to develop from.

KIERAN – Avey Tare and Chris Taylor, they took up new projects and made them as musically intriguing as their former work.

SAMUEL – Jai Paul’s effect on people whilst remaining very elusive. I don’t even know if he still makes music anymore. I just feel like he was creating a big thing in the music industry without having put out much music at all, and then I don’t know what happened.

KIERAN – The Baritone and saxaflute whilst being a free agent, I’ve soundproofed half of my home studio, so noise threshold and being brazen too.

SAMUEL – I’m currently trying to learn the electric cello. I’ve also been practising the keyboard on a tiny piano meant for children, I think it’s the best keyboard I’ve ever seen.

KIERAN – An app that disables unproductive tabs that are programmed on your preferences. It’s called shirk-shark.

SAMUEL – An app idea without giving it an endless amount of serious thought: You can design the orchestration of a virtual circus, then press play and see if the circus would work out, a sort Sims Circus thing.

KIERAN – Necessitous. It’s an aerial boon, important with the debut album dawning when people most need it.

SAMUEL – Quite a lot to be honest, especially with the world in lockdown, it has been essential for the release of our debut album, we won’t be able to promote the album through live shows and human interactions so we’re relying on the internet a lot more.

SAMUEL – I don’t have any rituals. We like to be well-rehearsed. Try and get the best soundcheck possible, soundcheck can be more hard work than the actual shows, that’s where the real pressure is to get the sound right and more importantly to feel comfortable on stage, ready for the show.

KIERAN – Healthy and with scarce cognitive dissonance; there’s misinformation on top of misinformation shrouding a tenfold fury of suffering if we stop slaughtering animals that’s a start.

SAMUEL – What I want and what I think are two different things, but what I think is probably what I want as it’s what I think. But it will be the end of the second roaring twenties, the Scott Fitzgerald generation of the 1920s will have nothing on our 2020s roar, it’ll be the last ‘eyes shut’ ditch attempt of the oil age, then follows a great depression for the 30s and some regeneration I haven’t thought about yet, we’ll see how it plays out. As a side note, this current virus is the perfect thing to create that hedonistic propulsion I predict.

KIERAN – A painting by Francisco de Goya “The funeral of sardines”.

SAMUEL – It would be an image of a firework in full bloom being let off in “The Tunnel” with words – Febueder – Debut Album – Tomalin Has Etched In – Out Now. Maybe I would like to spread a bigger more meaningful message, but I’ve been working on that album for two years, it’s got to be my billboard at the moment.