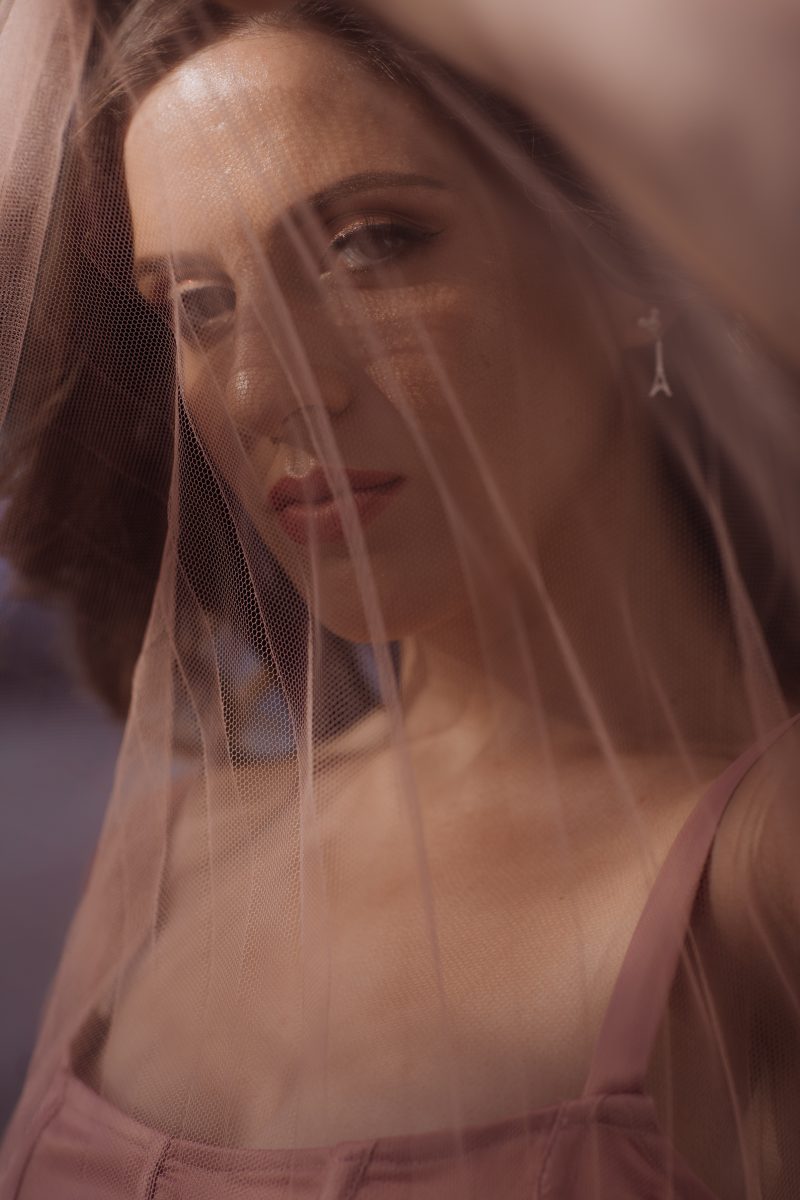 EVE-YASMINE has just dropped her latest single Wild Run. The London-based songwriter looks set for a huge 2020, with the forthcoming release of her EP Femme Fatale.

EVE-YASMINE: Definitely. My habit of overthinking which comes along when I’m nervous!

Swimming with Sharks – or maybe not, the thought scares me [laughs].

Let’s talk about your new single Wild Run, What does the song mean to you?

It really means so much. I feel like it’s the beginning of finding my sound, more confidence, expressing myself better and showing the side of me I always wanted to show.

What was it like working with S.B.O on the track?

Fun. We have a lot of jokes and also a similar work ethic so we are both very focused in the studio which compliments nicely.

You filmed the visuals in the Mojave desert in California. Why did you choose to film there?

I had booked my trip to LA and had some meetings planned set up there. It’s rare for me to have two weeks off and I wanted to make the most of it so I decided to shoot a video out there. I wanted a location that was totally different from anywhere in England and thought the desert would be a cool way to play on the Wild title and go for that Wild West vibe.

The filmmaker Jordan Lior & I had literally just met and there we were driving for 2 and half hours into the desert! I had landed in LA only the evening before and it was my first time in America. It was like a mini road trip – I loved it! Nothing crazy happened it went surprisingly smooth for a last-minute shoot. We shot the final shot in darkness in Mojave with one colourful strip light – after this, we were like okay, maybe we should go now seeing as it’s pitch black but we got the shot [laughs].

I won a little dance competition as a kid which gave me free Street Dance classes. My teachers would introduce me to so many R&B songs. I remember my teacher giving me Ciara’s Goodies CD, yes CD! My love for R&B definitely grew during this time.

I’ve learned to write in different ways, originally I would write lyrics & melodies and then get it produced. Wild Run however I heard the beat first and then was inspired to write over it.

Alicia Keys – I met her at a music festival in Morocco a few years ago she was so down to earth. She truly radiates positivity and I’ve always admired her musical talent. Snoh Aalegra’s album is fire, I really love H.E.R, Mary J Blige, Keyshia Cole. I could list so many names. Raye’s such a talented artist and songwriter too.

How to constantly improve as a writer, striving to represent myself in my true light and also to keep pushing myself out of my comfort zone to grow.

I currently spend a lot of my time recording in East London particularly with Stylez J – we started collaborating a lot together this year, I’m grateful we did. I’m lucky to live here and be connected to the people I have met recently. It’s been amazing to create with so many creatives living in this city.

What can we expect from your upcoming EP Femme Fatale?

The songs marry each other nicely, Wild Run is a good indication of the concept and vibes to expect.

Are there themes that run throughout the songwriting on the EP?

Yes! Power, growth, unreciprocated love and commitment, storytelling. I’m so excited for you to hear the songs.

“You can do this”. I’ve got a painting I did of lips, a microphone and this statement on my wall in my bedroom. It makes me happy when I look at it. We all need to believe in ourselves.

To find a better balance in this craziness of life and to create as much as possible.