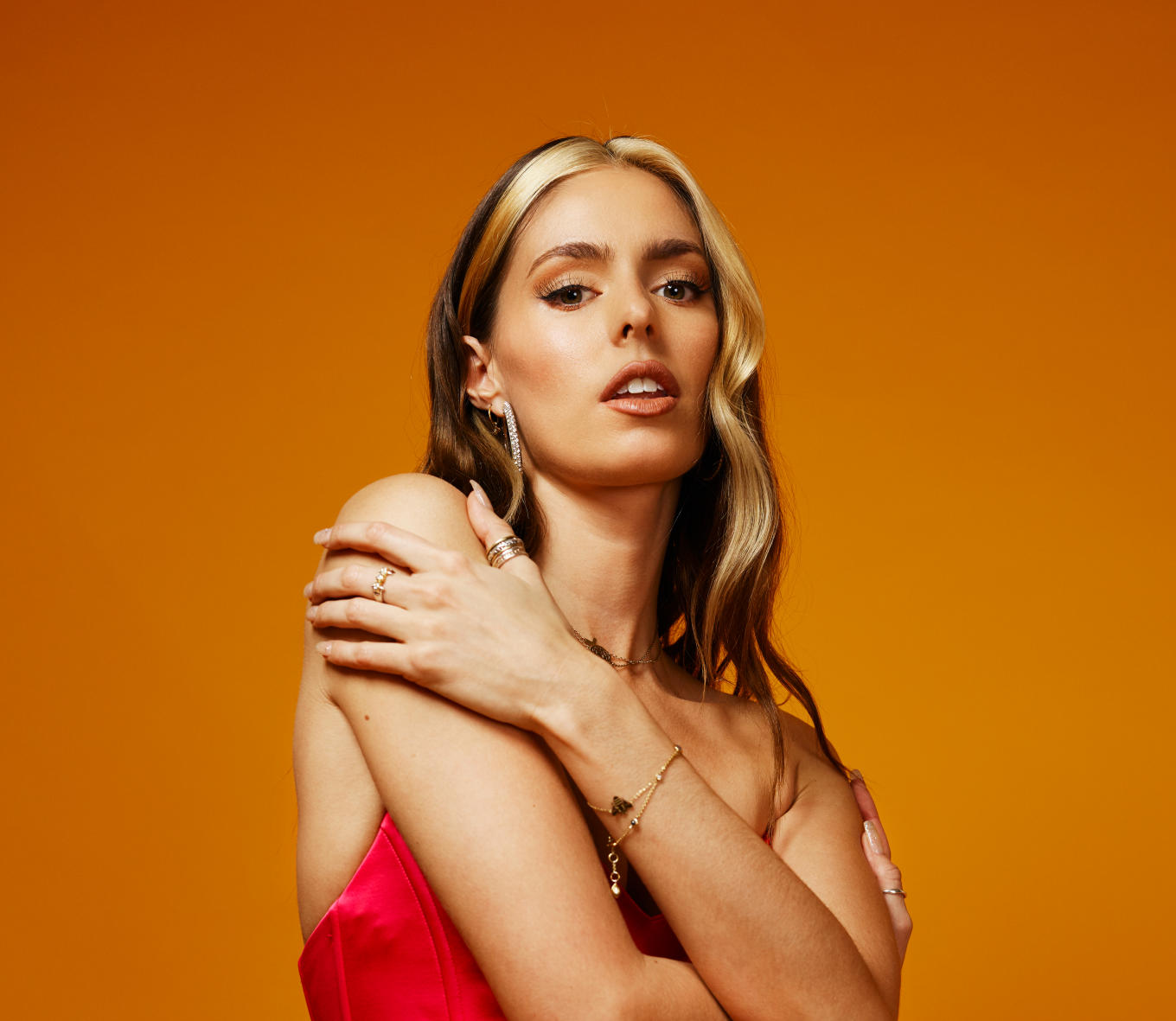 With over 45 million streams under her belt, CALL ME LOOP builds on her unstoppable momentum with the release of Downhill From Here. Downhill From Here comes hot on the heels of Call Me Loop’s 2019 release Self Love and sophomore EP Drama. We caught up with Call Me Loop to talk about her new single and career so far.

CALL ME LOOP: Not in particular. I feel like the studio’s a funny one in that instance, cos on one hand (for the most part) the studio is a really safe space, where you can just lay everything bare and completely open yourself up. But then on the other hand, that can make it quite an overwhelming place because you’re allowing yourself to be vulnerable and often overcome emotional barriers. I would definitely like to release a ballad at some point – I’ve written a couple but definitely have more in me – and I’d like to show people that side of me and my writing. But we’ll see…when the time is right!

Oh my god I have so many! I’m a bit of a wimp, I’m scared of most things annoyingly haha… and the irony, when all I wanted to be when I was little was a spy. I quickly realised I needed to be way more inherently badass for that to become a reality! I’m terrified of heights, but I’d love to try a skydive once in my life.

Let’s talk about your new single Downhill From Here. What does the song mean to you?

I wrote it about my current relationship, back when it was in that initial ‘falling in love’ phase, where I was getting to that point of no return; you know when you realise ‘oh shit, this is feeling too wonderful and too perfect…the only way this can go is down!’ I don’t know, maybe that’s just me and my cynical view of it, but I’m sure loads of people have felt that feeling. It can be so scary to fall in love because then you know you’re opening yourself up to the possibility of heartbreak. So overall it’s a song of mixed emotions really. That euphoria and excitement of new love, mixed with that anxiety and fear of it all coming crashing down.

I listened to so much pop when I was little. That’s all I listened to really. My first cassette tape was Steps! But yeah I was obsessed with Christina Aguilera – I used to sing along to her Stripped album using my karaoke machine, and that’s definitely who I picked up some of my singing habits from. I loved Destiny’s Child and Britney, Rihanna and Michael Jackson. I was always a pop baby, through and through, and the minute I realised I could sing I was just writing and performing all the time.

It depends really, there’s no hard and fast rule. It totally depends on the day, the mood, the people I’m writing with. But usually, I’ll have an idea in mind of the kind of vibe I want and will play references, either my own demos or other artists’ songs, for the producer to then start a beat. I almost always will allow that to dictate the top line, rather than going into a session with any melodies in mind. Obviously sometimes, if I’m going through something in particular in my life, then I’ll know that that’s what I’ll be writing about, but often I go in with a blank page and see where the day takes me!

You recently did a writing session with the Pussycat Dolls. What was that like?

I didn’t actually write with them (unfortunately, that would’ve been amazing), but with three other writers and producers, and we were actually writing for me at the time of the session, but then decided it might be a better fit for someone else. It got pitched to the Pussycat Dolls a few months later and they apparently fell in love with it! I haven’t done much writing for other artists yet, although it’s something I’d love to do more of, so landing my first writing cut with the legendary PCD was really quite a pinch-me moment.

So many things! As a writer, I’m always learning and always evolving; as with any creative craft, I guess. As an artist, there are new lessons every day! You’re essentially CEO of your own brand, and as I’m unsigned there are so many things I still have to take the reins on. I need to be savvy of the business side of things, as well as trying to constantly bring my A-game musically and also trying to be creative on the marketing side etc. It’s kind of exhausting but also exhilarating! One thing I think I’ll never fully be able to learn is patience. I always want things to happen quicker than they do.

[Laughs] No don’t ask me this, I’m useless. My boyfriend has a new idea every week basically, meanwhile I don’t think I’ve ever had one good idea. If we’re going deep into the future and assuming AI is everywhere, then an app that could do your make up for you would be great. Save me tons of time!

Pretty important! I think it is to every musician, entrepreneur, small business, to be honest. It’s the best way to get international reach, spreading awareness of your music and building relationships with your listeners. Obviously it has serious cons, which in light of recent news, is of even more paramount importance to address. But in terms of allowing me and my music to reach the most amount of people possible, it’s the best tool out there.

Green! It’s a terrifying thought what the world might look like in 10 years if huge steps aren’t taken immediately to start to reverse climate change. On that note, let’s hope and pray we have world leaders who aren’t climate change deniers, and who believe in equality of race and gender.

My face shouting ‘STREAM DOWNHILL FROM HERE FOR CLEAR SKIN AND GREAT SEX’.