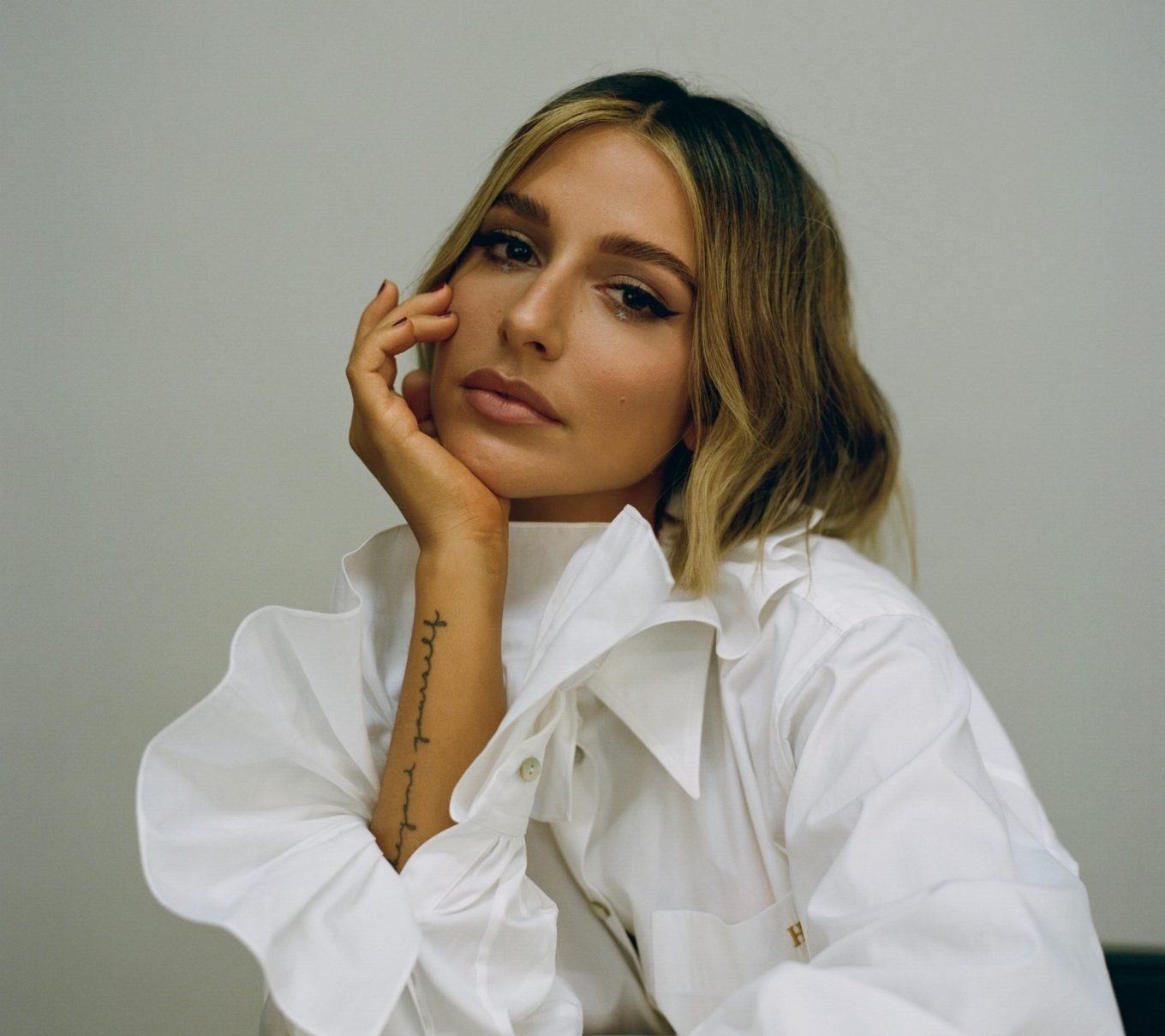 BAD KID has just released the endlessly playable new single Hard To Love. Growing up between London and Hertfordshire, the singer/songwriter developed her vocals whilst singing in her school’s gospel choir and being inspired by bands and classic art.

BAD KID: I’d like to be more self-sufficient in the studio with production. Right now it’s me communicating exactly what I want when I’m in the studio, rather than just doing it myself physically. I think I’ve been afraid to challenge myself incase I fuck it up.

Music-wise? I’d like to be a better dancer- like as in routines. I love dancing, but I can’t follow a routine to save my life. I have this fear one day I’ll have to do it on stage, and it’ll be a mess and haunt me for the rest of my life.

Let’s talk about your new single Hard To Love. What does the song mean to you?

I wrote it about unrequited love from a soft boi. You know the type of guy, that manipulates you emotionally.

Nothing that funny to be honest. We were all in the zone and needed to make most of the light. It was freezing and everywhere was busy. So there’s just me running and dancing around ice-cold London in a t-shirt miming. I think people on their commutes thought I was nuts.

I started off in theatre when I was eight, but I didn’t like the clique culture. I never fit in. I didn’t have the latest clothes and dancing shoes, and for some reason, that mattered. So I moved away from that in my teens. I started getting into my feelings and writing poetry. Then I’d record melodies into this old cassette karaoke box my dad got me. From there I started writing songs with my dad or a family friend (who was a songwriter) and I fell in love with it! I grew up around great music with my parents. So I think it was a natural progression, but when I started doing it I didn’t know it would be something I’d pursue as my career.

Is it true that you used to sing in your school’s gospel choir?

Yeah. It was a pretty poor school, but we raised money and toured churches in Venice. Looking back I guess that’s kind of controversial.

When I’m feeling a way about something. It’s therapy. I get to purge it out of me when I write a song.

I don’t want to give anyone a multi-million dollar idea here…Zuckerburg’s got reptilian eyes everywhere.

It is, and it isn’t. Sometimes I hate it, and it feels like a cesspit of narcissism. Sometimes I’m like, look at this, look at me. It’s important for me to reach new fans, but it’ll never fully allow me to show the spectrum of my personality or anyone else’s. I think that’s sad because there’s so much that can’t be shared online, but there’s still so much expectation for you to share it. Social media is great as a connection and insight to someone, but it blurs boundaries. It can leave you exposed if you share too much, or disposable if you share too little.

Real equality. In every sense.

I want to improve on keys. I want to learn a Yann Tiersen song or at least part of one.

In terms of upcoming projects, what are you working on at the moment?

More music. More eras of Bad Kid. I’m just getting started. I’m so excited to share it with you.