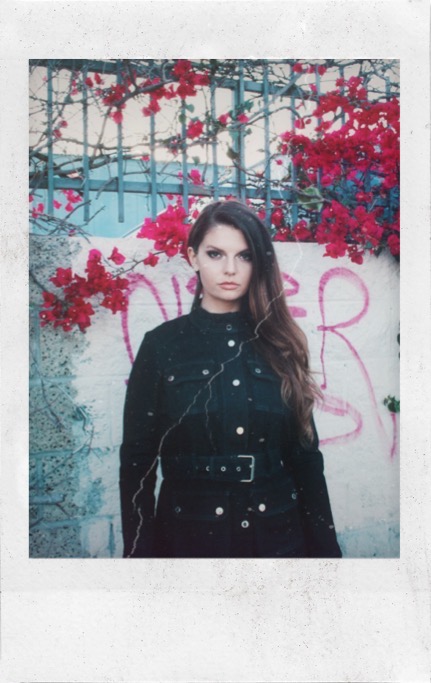 San Francisco-born and Los Angeles-based artist ANNA DELLARIA has just released her new single Cut You Loose. We caught up with Anna to talk about her new single and life as a music artist.

AC: Let’s talk about your new single Cut You Loose. What does this track mean to you?

ANNA DELLARIA – Newfound liberation. This song represents the joy that can be found when you finally take the leap and do the thing that scares you only to realize it’s totally worth the risk.

ANNA DELLARIA – I don’t think it’s specific to the studio, but when I’m creating music I try to dig in deeper to what I’m really feeling or to find ways to be a little more vulnerable. Maybe that’s a lyric I’m scared of saying out loud or a type of performance/singing that makes me feel raw or is different.

ANNA DELLARIA – Very similar concepts [Laughs]. I’ve recently taken this kind of internal vow to try to be a bit more sincere and vulnerable both with myself and those around me. I get really afraid of leaning in too much. Whether it’s allowing myself to trust happiness, or trust that a friend or loved one is truly there or not bothered by me needing support. It’s really scary to be vulnerable with people. It opens you up to a lot of real rejection and real ass feelings, but what I’ve found is not feeling those feelings is low key worse.

ANNA DELLARIA – Likely a melody more than anything. Sometimes it’s a concept, or a word I know I want to write about but have to figure out. But I’ve found that my songs write themselves to some degree. It’s really freaky. When I start to sing and play words just flow out and say things that sometimes I’m not sure I’m ready to realize or acknowledge. Whether it’s how I’m feeling about myself or someone else. I try to trust those sentiments and use it to write something real and raw, and if anything at least I’ve learned more about what’s actually going on inside me!

ANNA DELLARIA – Donna Missal. She just released her sophomore album, Lighter, and it’s so cool to follow an artist from early on and watch them continue to master their craft and evolve. I’m also hugely inspired by Kehlani who’s similarly taken her creative direction into her own hands. It’s empowering to see and I want to make a point that it’s so important for young girls to see these musicians fiercely producing, writing, singing, and directing. their own content. Growing up it was perceived that female artists just kinda sing and exist, and that made production/writing/etc. seem that much more daunting at first. Representation is important. Especially in the music industry.

ANNA DELLARIA – How to sit in my feelings and not just trust my gut but follow it into action. I think that your instinct applies to not just art, but business, creative direction, style, etc.  The more that I can develop “blinders” as an artist I think the better my art will be.

AC: How has Los Angeles inspired your music?

ANNA DELLARIA – It’s been so insanely helpful and so incredibly frustrating. LA is like a massive playground for music.  As someone who grew up in a limited music community, it was equal parts exciting and overwhelming when I moved here. It’s fantastic because you can constantly collaborate and explore sounds, people, ideas, inspiration. At the same time, it’s easy to go in circles with things that sound technically really solid but are missing a unique sense of voice or “artistry” behind them. There are so many talented people here! It forces you to have to step up your game as a writer/artist/producer and also stay really connected to your instinct and niche.

ANNA DELLARIA – Mine is no app! I think we have too many apps. I’d say something that monitors or reminds you of a consequential statistic based on how many hours of screen time you’ve spent, or forces you to take a selfie without a filter so you don’t slip into body dysmorphic tendencies and forget what your real face looks like (and that it’s just beautiful without any added effects!)

ANNA DELLARIA – For all of the negatives, I do think it’s been really helpful in connecting fans and new listeners to the music.  It’s been awesome to be able to pivot “live shows” to online, even though nothing really beats a good real live show.  I’m glad there’s a platform for friends, family, and fans to stay connected during a time when isolation is unfortunately so necessary.

ANNA DELLARIA – Box breathing! Honestly, any kind of deep breathing through the lower belly to center my voice and also my mind.  Generally, I’ll then ask myself for my “why” and connect back to why I love music and think about the experience I want to provide fans with.  I’ll try to remember it’s about emotion and not perfection.

ANNA DELLARIA – Stability. I mean I could go on for hours about the answer to this, but honestly, if 2020 has reminded me of anything it’s our world’s need for stability, and that can only come from massive change. It’d be incredible to live in a world where you have a fighting chance to follow a passion or get an education while also being able to have access to basic human rights like affordable and accessible health care, or finding a place you can affordably live in, or being able to go to the park as a 7-year-old POC and not be killed by the people meant to serve and protect you. Basic things.

ANNA DELLARIA – I love this question and also dread it because there are so many important things to say or share and to be honest I don’t know if my voice is the one most needed to be heard right now, so I’d pass the mic to someone like AOC or Ava DuVerney.