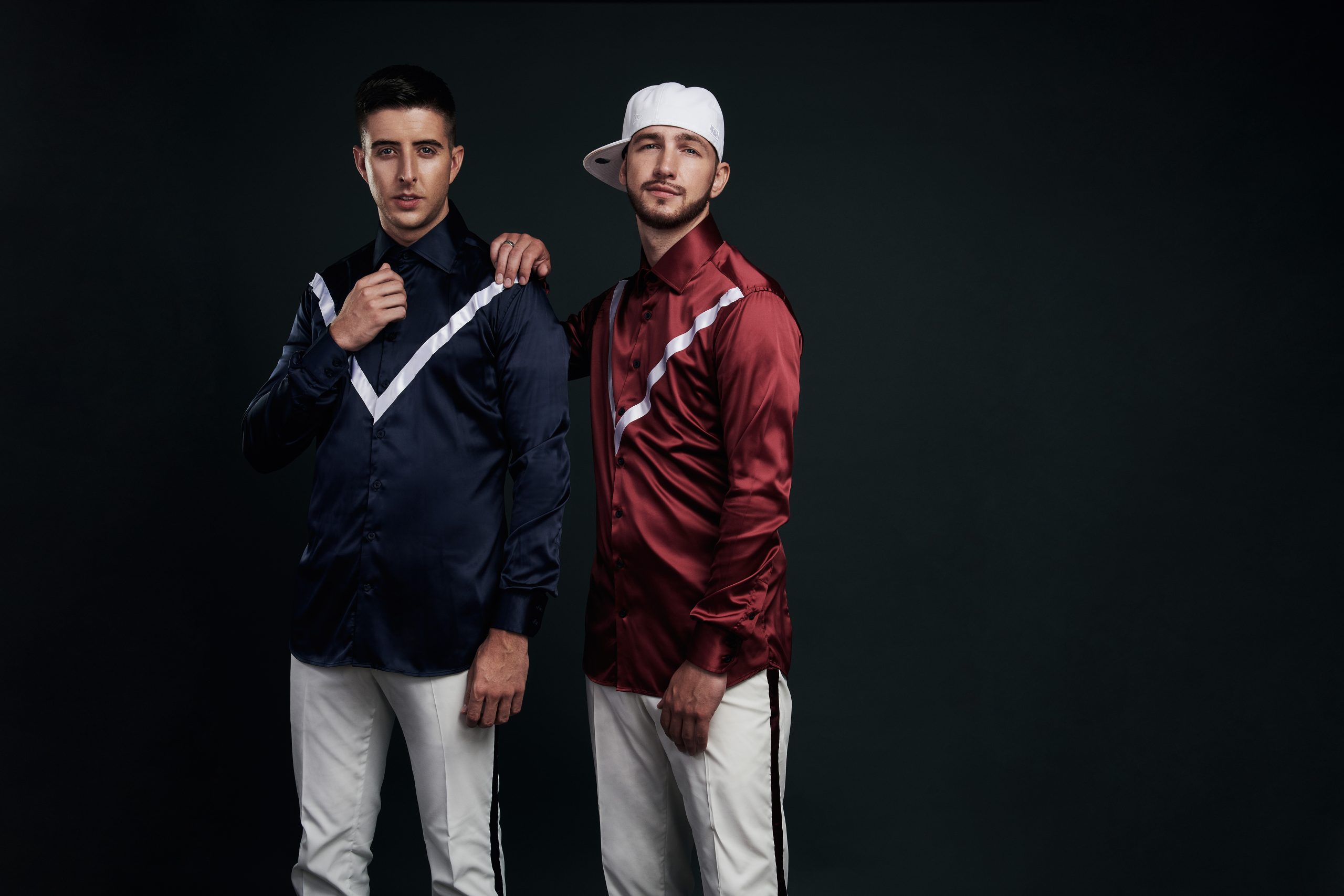 TWIST & PULSE first took to the stage of ITV’s Britain’s Got Talent almost a decade ago. The South London dance-duo, consisting of Ashley Glazebrook and Glen Murphy, progressed through the competition and managed to win over the Simon Cowell-led panel of judges, ultimately finishing as runners-up. This year, Twist & Pulse made a return to the talent franchise in a spin-off series, Britain’s Got Talent: The Champions, once again captivating the nation with their performances, with support from their recently founded dance company.

AC: When you returned to ITV’s Britain’s Got Talent, was there a sense of déjà vu?

TWIST & PULSE: Definitely! Seeing the judges’ seats and even being backstage seeing the logos brought everything flooding back to us. It got our nerves pumping for sure!

What were those initial moments like after you were crowned champion of champions?

Absolute shock! It was surreal, you never think that a moment like that could happen to you so when we heard our names we couldn’t quite believe it.

Since winning, have you had any conversations with the judges or other contestants?

We haven’t actually. We went backstage and congratulated everyone on their performances but since the show, we have just been heads down working to make the most of it.

Do you have any funny stories from your time on the show?

It all happened so quickly. Some of the funniest times happened when filming our VT for the first heat. We had to film shots of us in red and blue things but our faces weren’t allowed to be seen, so we had a good laugh trying to find funny ways of showing who we are, without showing who we are!

What do you think is the biggest misconception about the show?

I think a lot of people think you are given loads of ideas and help when creating your act for the show, but it’s very much left up to the acts to decide what they want to do.

Over this past decade, how do you think you’ve developed as an act?

We have changed loads in terms of our styling, our music choices and most importantly our dancing. We have continued to train as much as we can so that our movement within the routine has got better and more dynamic. We have also worked on so many different things we have learned what works for certain crowds and how to manage ourselves as a business which has allowed us to keep working all this time.

You both met at the BRIT School of Performing Arts. What’s the story behind you both becoming an act?

We both studied dance and there were only around seven boys in the whole of the dance strand. Naturally, we became friends and found that we both had a love for street dance. It was the only style they didn’t teach there, so we used our lunch breaks to make up routines together. Our end of college show came round and the teachers asked if anyone would like to create a piece for it. We asked if we could and created the routine that became our first audition in 2010. We didn’t even have an act name then, we were in the program as The Cheeky Boys. After performing in the show, parents and teachers came up to us after saying we should audition for Britain’s Got Talent, so we did!

Who do you look to for inspiration?

We look more at movies and games. We feel like adapting a cool concept from something like that allows us to think outside of the box. Even the sound effects and things used always make our movement come out differently.

Red and blue edible paper. We’ll leave that one there.

It’s so important. Its the perfect way to firstly get our ideas and content out to as many people as possible, but also allows us to spread messages and talk about the things we feel are important. We get to engage with our fans as well, which is super important to us. They are the reason we are where we are and why we get to continue to do it because they come out and see us.

In a better place. Spreading positivity and love.

As a duo, do you have a personal fear you’d like to conquer?

We’ve both wanted to complete a skydive! It’s the Twist & Pulse 10 year anniversary next year so we’re aiming to do it then for charity.

Is there one thing you’re all particularly excited about for the future?

We’re super excited about our first-ever headline tour! We’ve never put on our own show before so we can’t wait to get out there to perform our show for all the supporters. Tickets available on our website.