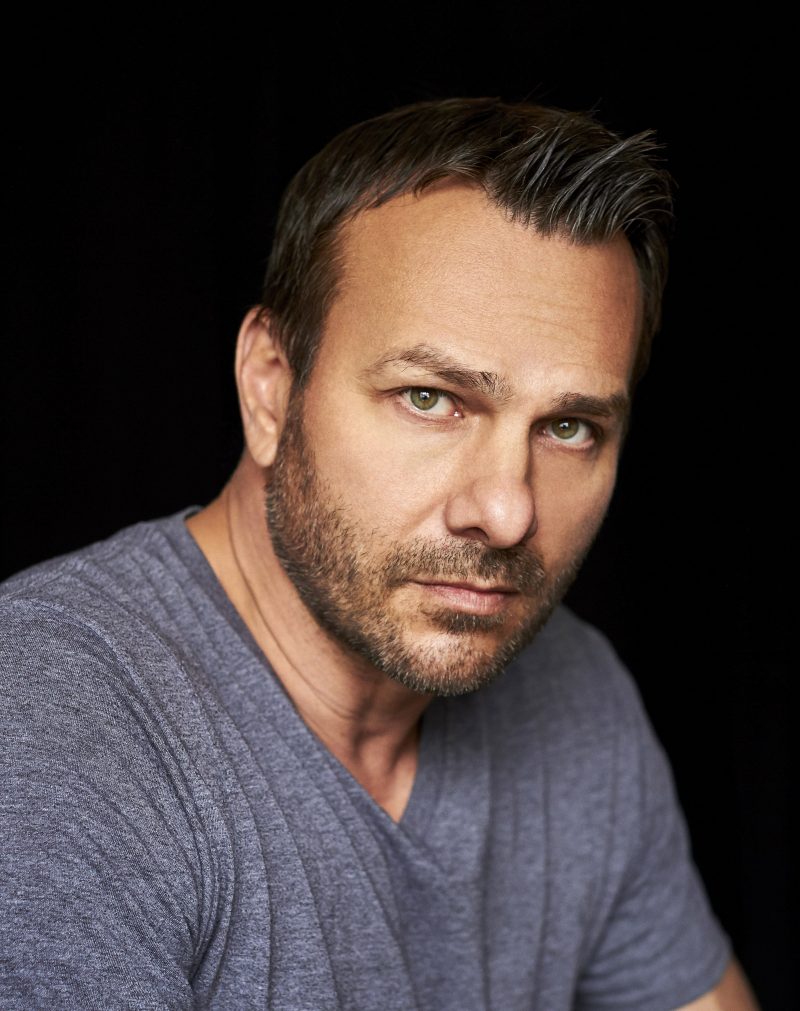 JEFF TERAVAINEN is currently starring in the new Hulu original series Utopia Falls, a coming of age story following a group of teens in the distant future colony of New Babyl as they uncover an ancient forbidden archive of historical, cultural and musical relics.

In the series, Jeff plays the role of Gerald, father to Aliyah and member of New Babyl’s governing body, The Tribunal. Gerald is dedicated to working for the good of New Babyl. Having lost his wife to illness when Aliyah was only a child, Gerald has grown extremely close to his daughter.

JEFF TERAVAINEN: Utopia Falls is a great little sci-fi show. There are a lot of elements involved like the sci-fi dystopian future, the character’s many stories and then there is the music. The story unfolds around a cultural competition held in the city. It is really just a bread and circus thing put on by the rulers. The music leans more to basic pop music about the state, but when the kids discover hip hop things change quickly. It seeds rebellion. The show tackles many hard-hitting issues. I would say that from what I have seen there is something for everybody in the show!

Can you give us any teasers about what is in store for Gerald?

Gerald is one of the leaders of the society, but he is also the loving Father of the main character Aliyah. He is a do-the-right-thing type of guy, so when the child he has raised alone starts getting involved with some very dangerous activities, he has some serious issues to sort out. Gerald’s world will start crashing around him. What will he do? You’ll have to watch it to see!

I seriously can’t give it away without being a spoiler, but it’s in the last episode.

Where do I begin? Lots of stern faces in the Tribunal scenes but believe me, keeping it straight was not easy with this crew. If a chair made a noise it was all over. That is the funny thing about sets. People often do long days and you get susceptible to those uncontrolled giggles. There can be 80-to-100 people on set and people need to work, but man, it is hard when you have a few ring leaders causing trouble!

There are a lot of indications, but one that stands out is the dialogue. If it is extremely difficult to learn, it may be down to the writing. I’ve sat up all night stressing about an audition script thinking ‘there is no way the writer actually spoke these words out loud’, but then you get something like Joe Mallozzi’s season-ending script for our show as the other example. I had a ton to say but it comes out so organically. It feels right in your mind to say what he put down. That is part of the magic when things go right.

Everything! There is nothing like getting a compliment on your work. But at the same time, as good as that feels, I always know there is so much more to know! For the big things, I often will get coaching. We lose roles at times down to a 5% difference with another actor. If a good second opinion gets you into a better frame of mind, I’m in.

After struggling in the music industry, I thought I would settle into something more stable like acting. In all seriousness though I dabbled for a year in it. When the company I was working for was taken over, we got new, very idiotic management. This managed to push me out the door. At that point, I went all in. I was determined to make it happen.

I think my frustrations of the music industry and hating my sales career that came after it gave me a very thankful outlook on this job I do now. I spent every waking hour on the music end while supporting myself in usually hard labor jobs. So when someone wants to pay me well to read a few lines for a TV commercial you will never see me complain. And believe me, I have heard many actors do just that. They need some time working for a landscaping crew I feel. I am not minimizing the talent, or demand for an actor but many of us started just that way and I refuse to forget it.

I love it and hate it. I was on it very early so I saw the power in it. I love learning, and reading so here was this huge place for info from all over. However now for me, I mostly love posting my photography. Facebook I gave up on as it’s just depressing SJW posts. I am really active on Twitter with fans as I am frankly amazed people want to interact with me! But I enjoy that. Same for Instagram. I will say, I have lost good roles in the past and the producers said they loved my reads in the audition along with another actor. But the other guy had 300K followers on Instagram and I had 15k. It sucks, but I understand. That is a lot of people he can reach when the project airs.

I think the only app I have time to use is Rehearsal Pro for my job! It is a great app that helps you learn lines and rehearse!

Wash your hands and remember, everything has been trying to kill us forever. The news will always come up with a new way to scare you tomorrow. Be busy living or get busy dying!

My only fear is lines. My goal is to get them down faster and not worry about them. I never want to think about them in a scene. So trusting my work is something I want to do better. I mean how many times do I have to prove to myself it will all come out on its own. It always does. Yet so many times before a scene you will find me pacing, talking them out! Drives me nuts. The best times are like the big scene with me and Robyn Allomar in the season finale or on Christmas Chronicles. I was so in the zone before and after. I have Chris Columbus watching me and I was cool as a cucumber. I will never understand my mind.

I am just starting to work on a new video game and will be shooting a feature film in a few weeks. Both top secret. I do have some films coming out soon. Great indies! Jade’s Asylum, A Dog Cried Wolf and The Return of Gabriel. I have also been narrating a terrific new series for Science Channel coming out soon called Secrets in the Ice. I love this show!

We are almost in spring. I am excited to go on a great family holiday. Hopefully to Cozumel for some scuba diving. I love hunting for fossils so my daughter and I will be out soon for that. So many things to look forward to. 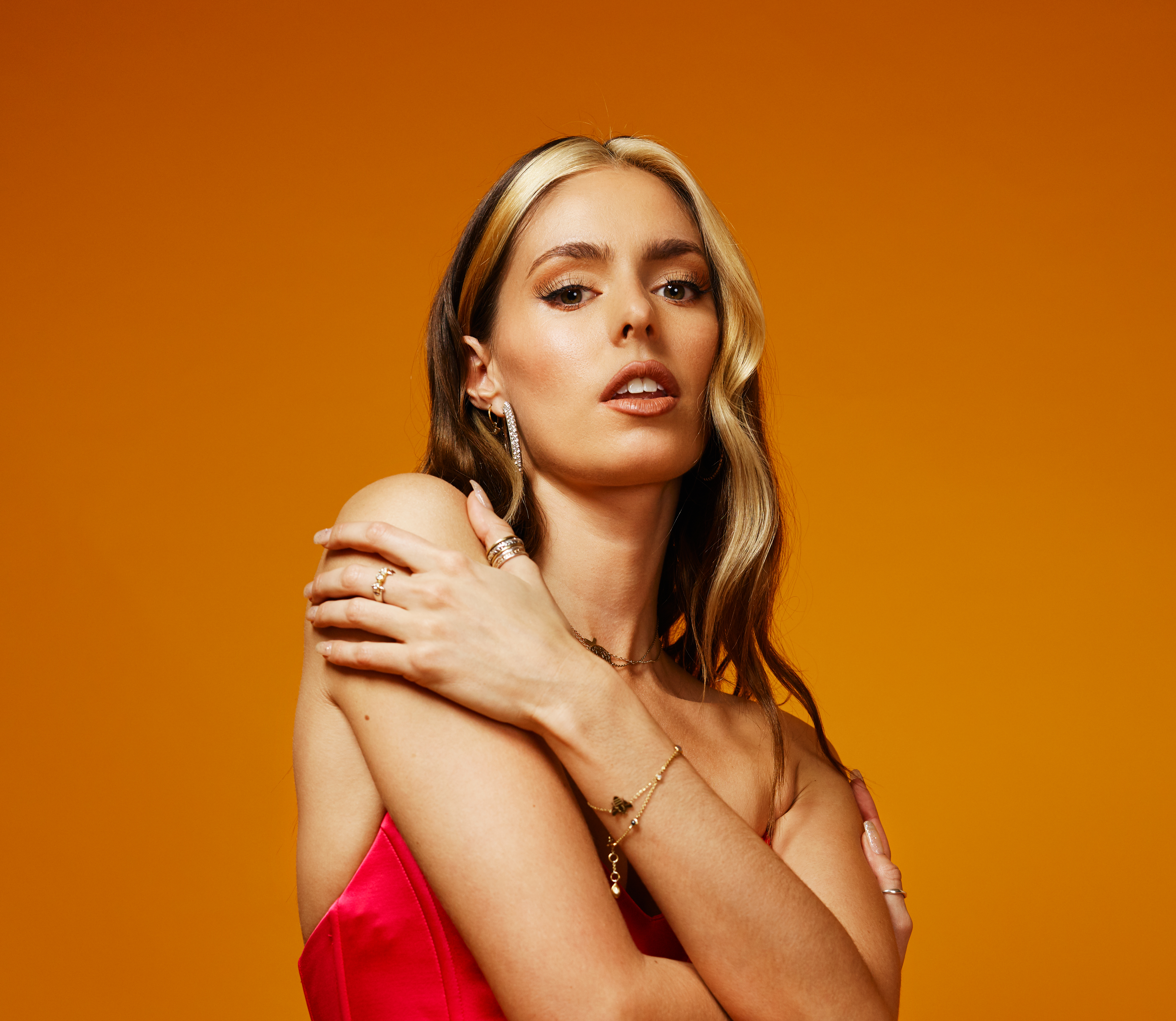