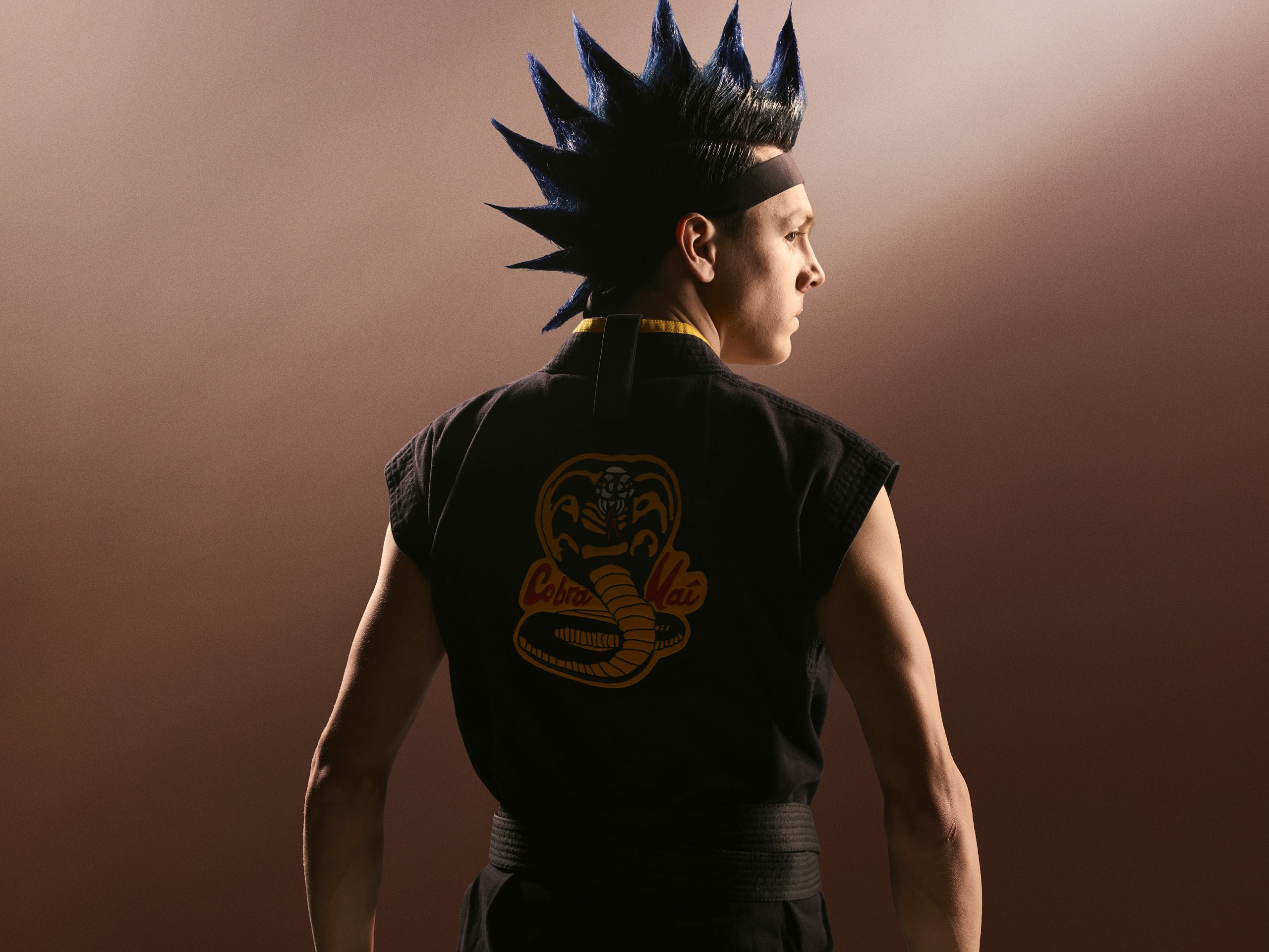 JACOB BERTRAND: When I was eight years old, I first watched it with my younger brother Blake. We would run around the house wrestling and trying to crane kick each other in the face.

I loved how natural it felt. The story that the writers have put down is amazing. It only enhances THE KARATE KID world and I am so happy to be a part of it.

About one-to-two months before the second season we were training in LA with Simon Rhee. That helped so much [laughs]. Once we got into Atlanta where we film, we trained almost everyday for a couple hours a day with our stunt coordinators Hiro and Jahnelle.

More badass fights and a plethera of teen drama.

Well, I was bullied as a kid, and I think that at one time I did have a fantasy to just become the ultimate badass and have the balls to beat everyone up. In that way, Hawk is acting out every aggression I’ve ever had, and it’s celebrated!

Xolo [Maridueña] accidentally punched me in the face. We weren’t even doing a fight scene either [laughs].

Well, I love the saying, “you dont know what you dont know.” And I think with acting this is very true. I just want to continue absorbing as much as I can from other actors on set and learning from them. I think learning from others is a huge blessing especially since the cast is saturated with rich talent, such as the Xolo Maridueña.