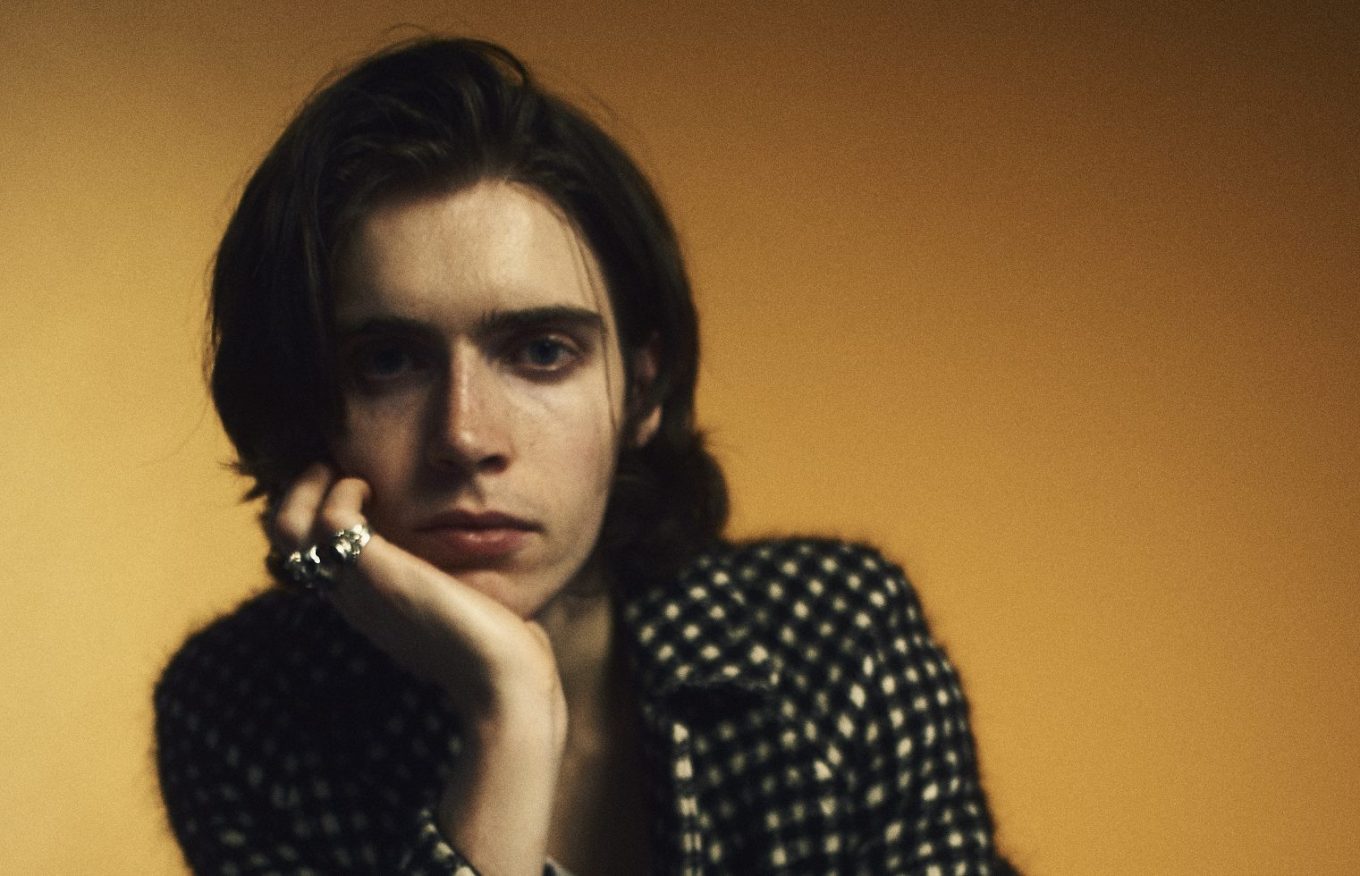 VAL JAMES is a genuinely refreshing, emerging music artist. With his recent single No Fun featuring in the acclaimed horror film The Hole In The Ground from Sundance Film Festival, the Irish musician looks to have an exciting year ahead.

AC: Tell us a County Wicklow. Growing up, what kind of music were you exposed to?

VAL JAMES: One of my earliest memories of music is going through my parent’s CD collection and finding Marilyn Manson’s ‘Last Tour on Earth’ live album. I thought the photo of Manson at the back, silhouetted against a cross made of TVs, was the coolest thing I’d ever seen. I remember inviting my friends over to play it, and we just sat listening to it on repeat all day. From there we discovered Kerrang! on TV, and so growing up I mainly listened to rock and metal, though I was always obsessed with anything theatrical.

You’re a classically trained musician. Do you think that has altered your perspective on what it means to compose music?

Not in any fundamental way, but I think studying classical music disciplines you to look at every detail of a piece, or a song, with equal emphasis. Nothing is ever frivolous, it all has to add up to something.

Always with a sound. It could be a snare sample, or a synth pad, but I’ll play around until I hear something that sets off an idea in my head, and then I scramble to record it as quickly as possible. I like to be instinctive with the lyrics too. Often I’ll be humming a melody, and then realise that there are specific words in my head. I’ll write them down, and from there try and figure out what I’m trying to convey. The whole process for me has to be really organic.

It’s the oldest cliché in the book, but it never really feels ready. I like having release deadlines, as otherwise I’ll never stop working on music. There are songs from six years ago that I’m still trying to get right. I think having a deadline forces you to set your sights on a version of the song that could conceivably be completed, and then doing your best to see that through.

You’ve spoken about your recent single ‘No Fun’ being about alienation. What other themes and ideas are you interested in at the moment?

That’s a very hard question to answer, but I just finished this Nabokov book, ‘The Real Life of Sebastian Knight’, which is all about the idea that the past and memory are irreconcilable, and so in remembering something, you’re always constructing a version of the past, based on the information you have. The idea of the book is that each construction has equal merit. It’s super post-modern, but I’m kind of obsessed with that at the moment.

‘No Fun’ features in recent horror film ‘The Hole In The Ground’, which is getting a lot of acclaim. How did that happen? Have you seen the film yet?

I saw it on Sunday and its great! My dad composed the score, which I orchestrated. I think while we were recording the orchestra in Ireland I was working on ‘No Fun’, and I thought some of the lyrics could fit quite well with the film, in a tongue-in-cheek sort of way. The director really liked the idea, so he went with it.

With the film’s score being composed by your Dad. From a young age, how much of an influence did your Dad have on your interest in music?

Him and my mum had a massive influence, from the moment I was born, probably. My dad would be composing upstairs while my mum had Def Leppard blaring downstairs, so there was never really a chance of me not being obsessed by music. I think my Dad’s range of tastes was really influential for me. He’d listen to Mozart, Metallica and Miles Davis in the same hour, so I grew up seeing all types of music as worth listening to.

Something like The Blue Nile meets Talking Heads is what I’m always striving for.

Aside from the EP, what else are you excited about for the future?

Hopefully a lot more live shows this year. I’ve been writing music in a vacuum for so long, I’m itching to perform and see how the songs work with a live audience.