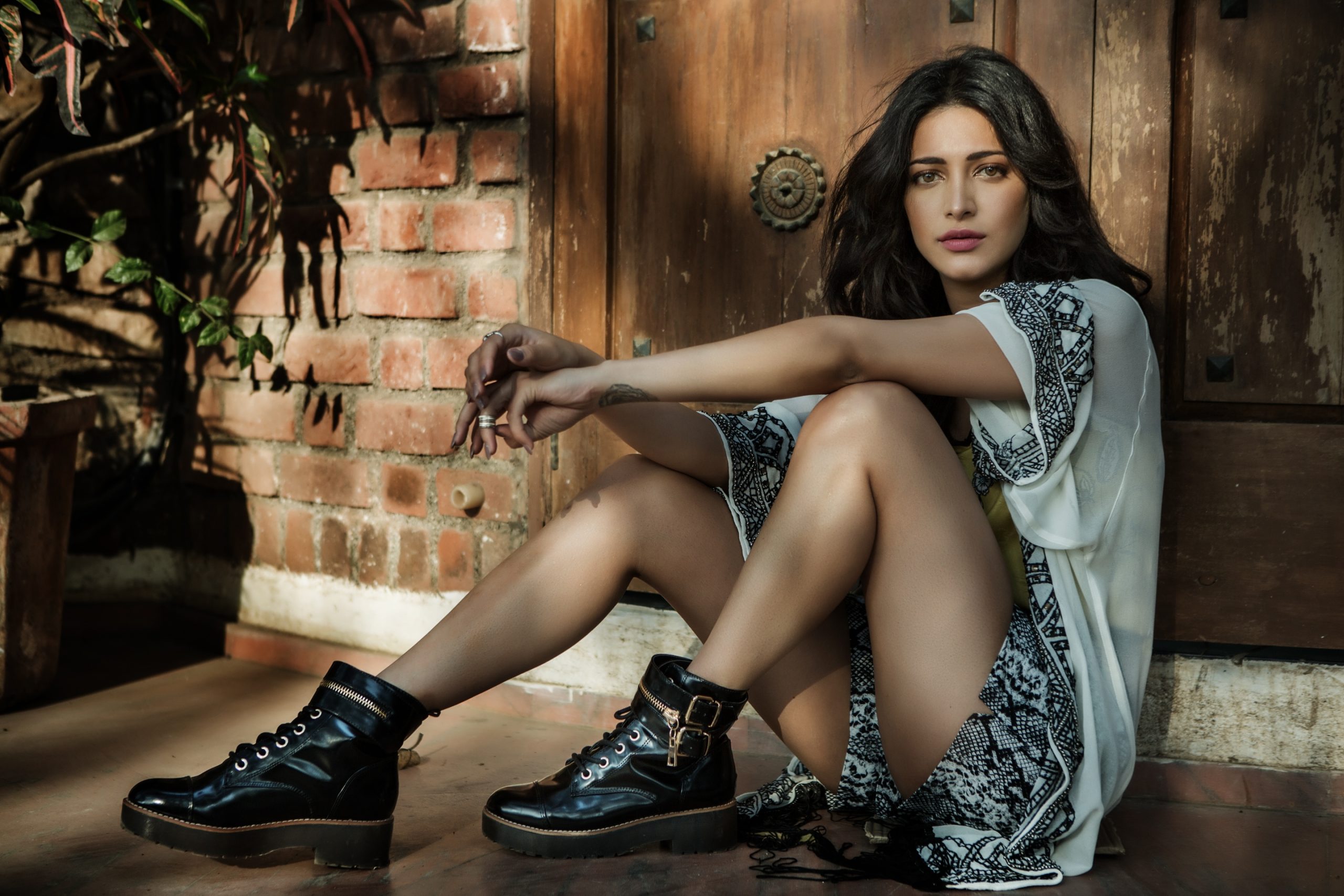 SHRUTI HAASAN – one of India’s most well known actors and musicians – is currently in London working with producers on her upcoming English alt-rock album.

With a following in the tens of millions across her social media, Shruti uses the reach as a platform to advocate for mental health and female empowerment. Shruti is an ambassador for The Banyan, an Indian organisation which acts as a rehabilitation centre for women in poverty with mental health issues.

We caught up with Shruti Haasan to find out more about the inspiration behind her new music, whilst talking about the causes she advocates for and what they mean to her.

AC: You’ve starred in so many successful movies. what are you still trying to learn as an actor?

SHRUTI HAASAN: As an actor, you never, ever stop learning. I’m always trying to understand myself better so that I can access my emotions more effectively. For me, acting is about the process of mentally recreating the circumstances that would make me feel how my character is feeling. It requires a huge amount of empathy. I’ve been doing this a while now, but I still get these amazing epiphanies about myself and how I operate.

I really love that first bit, when you are given a character to research and explore, finding those touch points that you share, mapping out their motivations, getting a feel for their emotional landscape. It’s a wonderful experience.

Absolutely! I feel really lucky to have my music because it allows me to communicate my experiences and emotions in a way that is totally cathartic. Growing up, I was struck by the fact that the very best songs were powered by raw, human feeling. That’s something that is hugely important to me; and it’s definitely something that audiences connect with. When I’m making music, honesty and authenticity come before everything else.

Which came first, your love for acting or music?

Both music and acting were a huge part of my life growing up. My parents are actors and I sort of grew up on movie sets so I naturally gravitated toward cinema first. But then, having said that, I also started singing in movies when I was five. I’ve spent equal amounts of time on both, and they feel sort of interconnected to me. I do find more creative freedom in creating my own music and it’s much more emotionally intimate than shooting a film with a set full of people.

Over the past few months, I have been working with some great producers in the UK on some songs that I have had bottled up for the past few years. It’s really different to what I had been working on in India, I let my inner rocker out to play which was so liberating. I’ve really enjoyed the low-key gigs I have been doing around London. It is really refreshing to be able to start fresh in a new place. I can’t wait to share the songs later this year.

What do you think is the biggest misconception about Bollywood?

There are two really big ones. The first is that people often think ‘Bollywood’, which is just Hindi cinema, is India’s largest or only film industry, when in reality it’s just one of twenty-two languages, you’ve got Kollywood, Tollywood, Mollywood, Sandalwood and loads of others each producing thousands of great movies every year.

The other is that Indian films are all a kind of happy-clappy escapism with dancing and bright colours. There are some amazing films being made at the moment that steer clear of the formulaic plots and melodrama people so often think of when they think about Indian films. Realist, character-driven films, with beautiful cinematography.

When were you inspired to become an advocate for mental health?

I’ve struggled with terrible anxiety since I was a kid. Even after I had become quite successful back home, I would have to take long stints of time out of the public eye in India which always led to rumours of me quitting work, getting married, or having some weird personal problem or another – some of the stories that I’ve heard about myself have been pretty comical.

When I was a teenager, I knew I had a problem, but it was so difficult to reach out for help. In India, there is still a massive stigma around mental, and it means that people suffer in silence. Even though India is such a vibrant and beautiful place, it is one of the most depressed countries in the world. I recently read that someone attempts suicide every three seconds.

I felt a level of shame and weakness when I started talking about my own issues. But slowly. I managed to build up the courage to address it all head-on. Having experienced that healing process, I became really set on sharing my story. The only way to tackle stigma is through open discussion; to choose empowerment over shame.

I got involved with The Banyan last year, which offers support to homeless people living with mental illness. It is such an amazing initiative which has helped so many people overcome awful struggles and to become aspirational again and to reach their fullest potential.

How does the empowerment of women in Bollywood compare to Hollywood?

The situation in India is slowly improving, but there is a really long way to go. From violence and harassment to the gender pay gap and underrepresentation, injustice is everywhere; not just in the film industry. We have a long way to go before we reach a more equal society.

I think that the recent rise of the #MeToo movement in India, and around the world, has been so important. It makes me incredibly proud when I see these brave women to stand up and talk about the terrible things they have suffered individually and turning them into something positive for us all. Women are coming together and showing the world that we are not willing to tolerate discrimination, abuse, and being viewed as second-class citizens. It feels like we have a much stronger voice now.

What changes would you like to see made to the film industry in India?

The pay gap definitely needs to be addressed, men in Bollywood earn way more than women – in spite of the recent rise in female-focused films. It’s also just so unacceptable that the industry discriminates against women over the age of thirty – there’s kind of an outdated assumption that you’re supposed to be married and having kids by that time. I would really love to see more stories that cater to all types of Indian women.

How much can you tell us about your upcoming album?

I’m really, really excited about it. I feel like it’s been years and years in the making. I was working non-stop as an actor and somewhere along the way, I felt I had betrayed myself as a musician. When I got back to it, I had a lot to prove to myself.

It’s autobiographical, like a tour through the phases of my life and the people I have been. The music is written from an incredibly honest place and I hope that comes across. There’s a whole spectrum of emotions in there but they’re all underpinned by this tone of greyness – which is kind of my happy place, weirdly.

It stems from an emotion; often a feeling that I don’t really understand when it first hits me. The music helps me to define it. I am able to express what I’m feeling in the lyrics and melody.

I always start with the words – or in some cases a scream. Either way it’s usually what’s happening right there and then for me. I’ll then sketch it out, free-flowing over endless pages, and then I’ll distill it all down into a song. It’s a bit of an insular process I guess. But getting these stories out of me just feels so liberating.

Which tracks should fans particularly look out for on the album?

That’s like asking someone to choose their favourite child! I guess Skin is the one that hit home the most for me – the one that felt the most intense and purifying after it was done. But I guess it’s up to the fans, I am really excited (and a bit nervous) to hear what people will think!

Following the album’s release, can fans expect a tour?

Definitely – I feel totally at home on stage. I absolutely love touring and performing live – the connection with the audience. There’s no feeling like it on earth.

Loads of foot stuff! It is a new development actually, and also kind of strange because I was never the biggest fan of feet.

Are there any pressures that come with having such a large global following on social media?

I’ve always tried to have a very healthy relationship with social media. I find that it’s best not to think about it too much, otherwise you can end up obsessing over whether ten million people are going to like a photo of your cat.

I think the most important thing though is to be real and authentic to yourself. Today, we spend so much time comparing ourselves to others, and to the perfect lives which they present on social media. I always try to mix up the professional shots from promos and magazine shoots with a good amount of stuff of me just doing my usual stuff and looking more normal.

Social media can definitely be a force for good – whether that’s promoting positive initiatives or bringing together like-minded people. However, I get this feeling that this thing that was supposed to bring us all closer is actually taking us further apart. In the end, real life human connection is what matters. 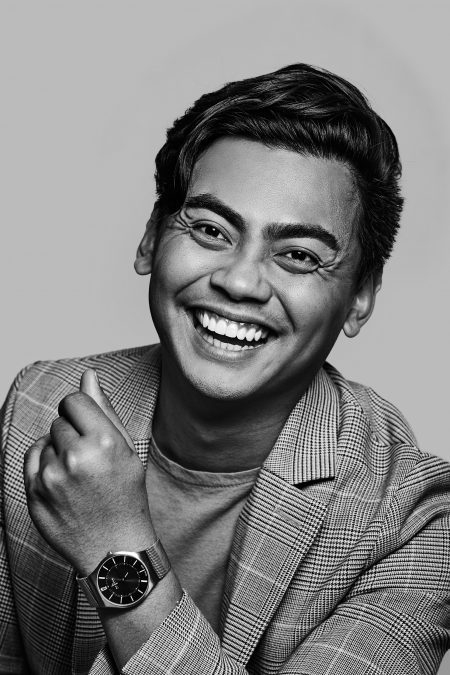