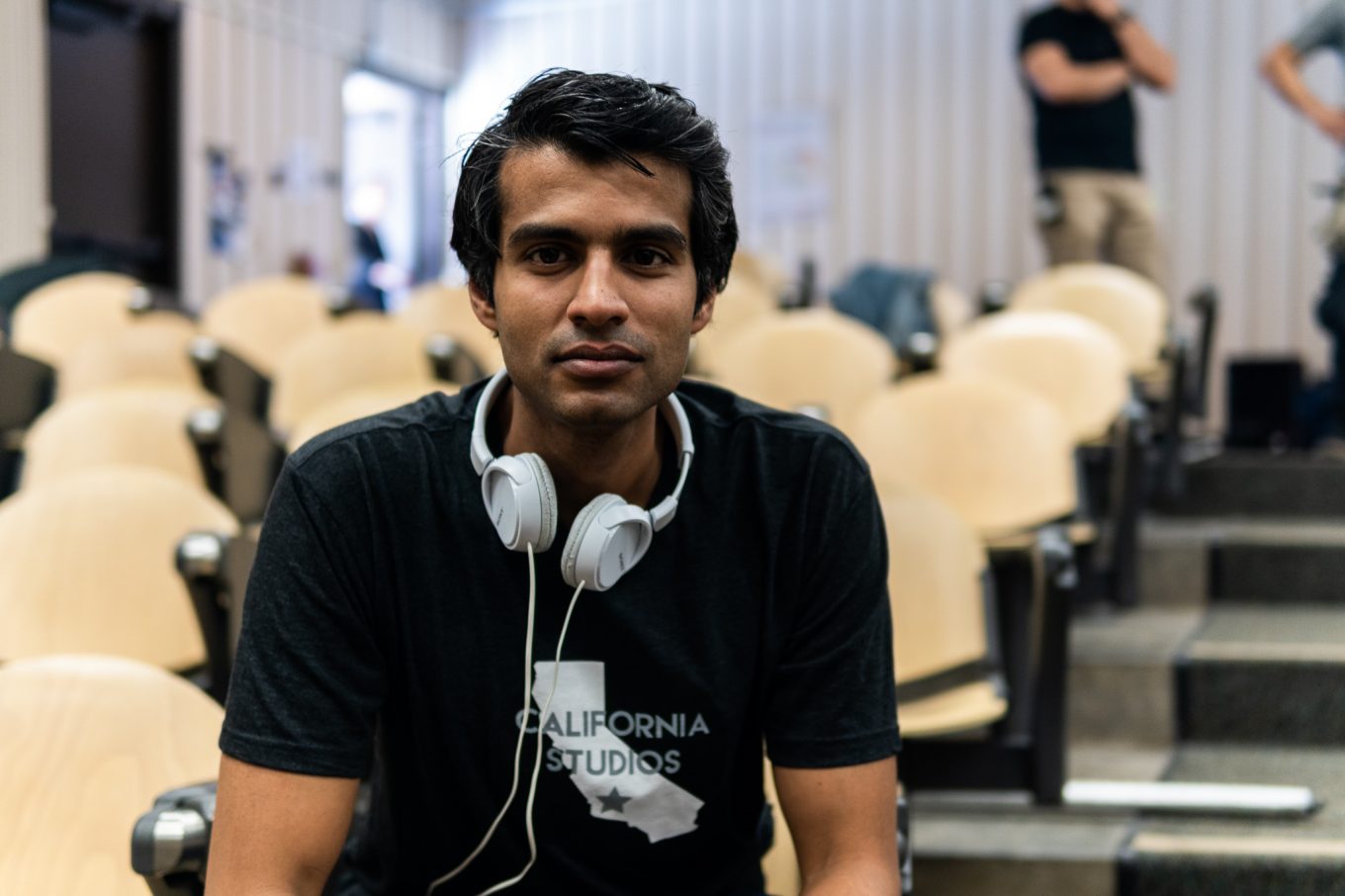 The film which stars Nikhil Prakash, Pooja Batra and Ross Turner,  is a new mystery thriller which provokes and shines a new outlook on the complex history of Hinduism. You can view the trailer here.

Padmavyuha follows the dedicated and outspoken religious studies Professor Shaki Ramdas (Nikhil Prakash) as he is sitting in his university office one evening when he receives a mysterious phone call. The call draws him into a dark labyrinth of mystic Hindu puzzles, the answers to which will reveal a nefarious global conspiracy – and shake the foundations of the world’s oldest religion.

AC: What can audiences expect from Padmavyuha?

RAJ KRISHNA – Padmavyuha is a religious mystery that utilizes Hinduism and Indian mythology as the backdrop for its story. It’s Indiana Jones meets Indian history meets Zodiac. It’s a dark thriller that deals with contentious issues like religious fundamentalism and what it means to become radicalized. I wanted to create something that would be a neatly packaged, thrilling lesson in Indian history, as well as prompt a discussion on the good and bad of religion and faith. We also deal with some controversial aspects of Indian history like Orientalism, which is this idea that imperial forces from the West came to countries like India to colonize and rewrite Indian history, with the goal of subjugation. So it’s all of these things wrapped into a 40-minute film. Perhaps it is too much.

AC: As a filmmaker, who are you inspired by?

RAJ KRISHNA – I have a lot of creative inspirations – I feel like you can learn something from every single person out there. My favorite directors include everyone from Nolan and Fincher (dark, moody) to Scorsese (the characters, the Steadicam shots) to Spielberg (the jaw-dropping spectacle) and Wes Anderson (the colors and quirkiness). Going beyond the entertainment industry – I’m an admirer of the writings of Arundhati Roy and Amartya Sen, who talk a lot about Indian history and philosophy. I’m inspired by a lot of entrepreneurs like Steve Jobs and Bill Gates. You have to be super entrepreneurial to get a film made, especially your first one.

AC: What techniques did you use to build tension in Padmavyuha?

RAJ KRISHNA – The script played games with time to build the suspense – going back and forth between the past and the present, the innocent and the radicalized, playing games with the audience’s expectations, with the timelines converging towards the end. We experimented a lot with the visuals (black and white, color, 16:9 and 4:3). Since it was my first film, I read up a lot on filmmaking techniques, color and sound. I tried to craft strategies for each layer (sound, color, aspect ratio) that would support the story and theme – the concept of ambiguity and a character’s journey and discovery of faith. We had a super spooky score – our composer, William Ryan Fritch, is an award-winning master who has composed for countless features. I think the black and white 4:3 scenes set in the past, combined with the music, all create a mood and atmosphere of film noir which helped in building the tension.

AC: How do you get a great performance out of an actor?

RAJ KRISHNA – I don’t know. You let them be. You give them your notes on the character and then let them experiment. I wrote detailed backstories for each of my leads and gave it to both of them, so that they could learn about the history and childhoods of who they were supposed to play. Some of the best moments we caught on camera were not in the script, they were totally improvised by the actors. I think if you give a good actor the material and let them make it their own, they will. So my job was just to create those moments and get out of the way.

AC: I’m keen to hear more about your process when it comes to filmmaking. Tell us more about this.

RAJ KRISHNA – It was my first film so I tried to do everything by the book. We had a script that went through almost fifteen drafts.. we did storyboards. We did our schedules, our budget breakdown, and we simplified, simplified, simplified. For example, the climactic confrontation between the professor and the detective was originally set in a cemetery. But we simplified it and set it in the basement of the house, so that we could reduce the number of locations. It saved us since we were up against the clock. We shot almost 10 minutes a day, which is insane, almost 3-4x the number of recommended minutes you’re supposed to shoot in a day. We made lots of micro-decisions like that which really helped us make it the best project possible. My producer, Sean O’Hare, was a real wizard in terms of creating a well-oiled machine that was optimized the entire time while we were filming.

AC: How do you manage the pressures and challenges of working on-set?

RAJ KRISHNA – Being on set was the most nerve-wracking experience of my life. I was jacked up on caffeine and adrenaline. It felt like I was on drugs the whole time. It was exhilarating and terrifying at the same time. I can’t wait to do it again. The only way I managed was because we had done a ton of preparation, we had a good script, and we had an amazing team (cast and crew led by Sean) that really carried the project. I was just along for the ride.

AC: Are you currently working on any other projects?

RAJ KRISHNA – My next major project will be a film called The Guard (or Chowkidaar in Hindi) – an Indian action film that we’ll film at some point over the next couple of years. I’m really excited about it – it’s my Indian action flick, inspired by Die Hard, the film I always wanted to make, and why I got into films in the first place. Padmavyuha was a warm-up for this project. The Guard is the first of a trilogy (the second and third films are Inspector and Commissioner) that follows the rise and fall of an average guy who eventually becomes the chief of police in New Delhi, India. It’s my ode to action trilogies like the Bourne and Dark Knight series…set in the Indian landscape.