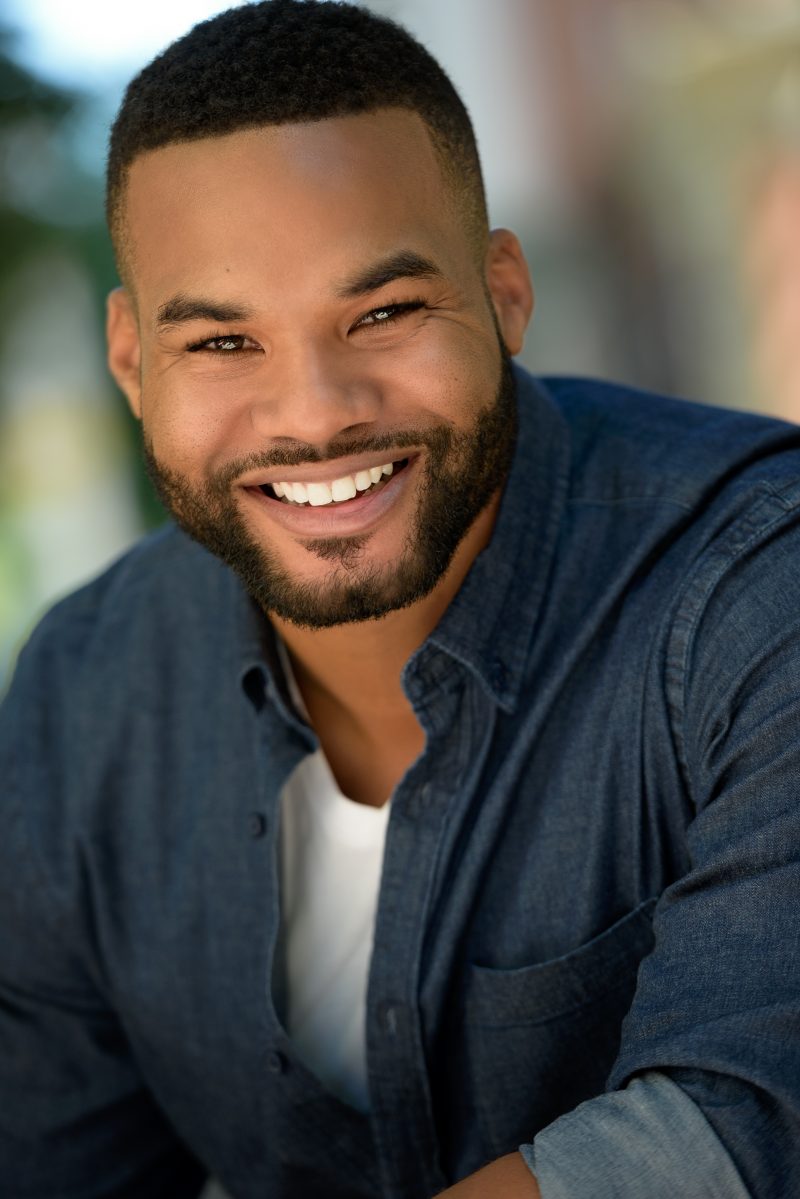 MARK McKINNON can be seen in BET Her film The Waiting Room.

BET Her is an initiative from BET Networks and MegaMind Media which includes four female-centric original short films. Directed by Sheryl Lee Ralph, The Waiting Room follows the lives of two women as they wait to hear if they have breast cancer and their journey after receiving the life-changing diagnosis. Mark has dedicated this role to both his grandmother who died of breast cancer and father who died of prostate cancer.

AC: What can audiences expect from The Waiting Room?

MARK McKINNON – The Waiting Room is a part of an Initiative by BET and BET Her, to shed light and awareness to breast cancer, and the impact it has on black women and their families. The Waiting Room is a short film series that includes two 20-minute short films, that follow the lives of two black women who find out they are diagnosed with breast cancer. The stories give an in-depth look at what someone goes through in their fight against Breast Cancer; including the process, self-reflection, relationships, and so much more.

MARK McKINNON – My character is Derik Dubois. He is engaged to Raven Taylor (played by Jasmine Luv) who finds out that she has Stage III Breast Cancer. However, Derik lets nothing get in the way of his love for his fiancé and the future plans he has for her. When Derik finds out that Raven is diagnosed with cancer, you will see how he uses love to keep their relationship strong and his fiancé hopeful.

MARK McKINNON – Derik’s ultimate goal is to be married and grow old with Raven. He wants to build a successful family and future with her.

MARK McKINNON – I can recall two funny moments. In one of my scenes where my character has a major emotional breakdown, on the first two takes I gave it my all, but little did I realize the camera wasn’t focused on me at all. The first few takes it was focused on Jasmine. So here I am giving my best performance that the audience will never get to see. So, by the time the camera did get around to focus on me for that scene, I was emotionally exhausted. I was able to push through and still give my best, but it was funny to me that I went all out too early. I learned a big lesson in that moment.

Another funny moment is when Jasmine and I had to do a kissing scene. I felt like I was giving a lot of energy into it. Sheryl Lee Ralph, the director, says after the first few takes, “Mark, I need Derik to love Raven more!”. So, I did , and she cut and said, “I need more”. I tried again, and once again, she still wanted more. After a few times of “giving more”, I blurted out, I am giving her all the love I got, how much more?”. Sheryl and the crew started to laugh out loud.

MARK McKINNON – I’m still trying to learn how to apply myself to each character I play. I am learning more and more how important it is to use my personal flaws and my strengths within the characters I’m playing. This is what leads to an actor being their authentic self within a role. We always hear the saying that “Acting is Being”. But what does that really mean? That’s the journey that I have been on for some time and I’ve learned that “Being” is less about transforming into character, and more so about showcasing who you are and what you’ve been through.

MARK McKINNON – I can tell I’m reading a great script when I feel I want to know more about the characters and when I have to try to figure out what they are going to do next. I believe the point of a script is to tell a story, and I love stories that keep me on the edge of my feet and keep me guessing. Another thing is when I have a natural response to want to play one of the characters of the script I’m reading. To me, that means that there is something about this story and/or it’s message that I want to be a part of.

MARK McKINNON – I started to see acting as a potential career as early as my Junior year in High School. I showed up to an audition to support one of my friends who was auditioning for the fall play. At that time, there weren’t too many males and black people in the theatre productions at my school. So, when the director came out, she saw me and encouraged me to audition. I denied at first, but she kept asking me to, and after a while, I decided to give it a shot. I ended up booking the lead role in that play. It was the character of Laurie in Little Women. So many of my teammates from the football and basketball team came out to see me perform. Of course, they laughed at me, but they also showed great support. However, a few months later for the Spring Musical, so many black males came out to audition to be apart. A few of them being my teammates. They told me how much I inspired them. When I saw the impact I made by being a part of the Fall play, it made me realize at that moment that I wanted to continue to inspire others and take acting more seriously. By the time I was a senior in high school, I knew I wanted to study acting as my major in college and let that lead me to be a professional actor.

MARK McKINNON – The billboard will say “Follow Your Dreams At All Cost”. I’m very passionate about people pursuing their passion and fulfilling their purpose. I truly believe we were all put on this earth to help someone else. And that’s what purpose is all about, helping others. We learn so many things when we go through struggling seasons. This positions us to help someone else when we see them going through the same struggle. I believe pursuing your passion and your purpose is a great example of Following Your Dreams.

MARK McKINNON – This year I really started to learn and believe that if I don’t get something I want, then I must accept that God is protecting me from it and that he has something better, or that I am truthfully not in the position or ready to receive it.

In the past, If I didn’t get something I really wanted, whether it was a specific job, or a material thing, I would go into a depression. I would complain and allow myself to go into a mental funk. But when I look back at those things I didn’t get, I started to see how much of a stress it would have been to receive what I wanted at that time or how much I really didn’t fit the direction I was trying to go in with my life and career.

MARK McKINNON – My app would be for my acting studio. I am CEO and Founder of McKinnon Acting Studio, an on-camera acting studio in Maryland. We have a lot of actors who are connected to our studio and believe in our philosophy on the business side of acting and our techniques. It would really be cool to have an app to improve our process and increase the level of accessibility to the actors as a part of our studio. The app would allow our team to seamlessly connect and interact with the actors.

MARK McKINNON – I really miss my days of playing High School football and basketball. My teammates and I had a brotherhood that I can never forget about. If I could go back in time, I would relive my senior year of high school. That was a great year from me. That year, I won MVP of the varsity football team, I was named captain of the varsity basketball team, and I won Homecoming King as well. All of that happened in one year. I remember being called out of class by the school secretary because a college football scout was there to interview me. My senior year of high school was everything.

MARK McKINNON – I would love to go skydiving. It is a huge fear of mine that I know I will one day conquer. In my mind I can feel and see the freedom one could experience from jumping out of a plane or helicopter and just fall through the sky. But of course, the fear of something or anything going wrong. But I truly believe I will conquer it one day soon.

MARK McKINNON – I’m really excited about the growth of McKinnon Acting Studio. I completed a vision board for the studio, and the vision I have for it will impact so many artists. I’m all about helping others be great at what they do, and McKinnon Acting Studio will be the platform for me to do so.