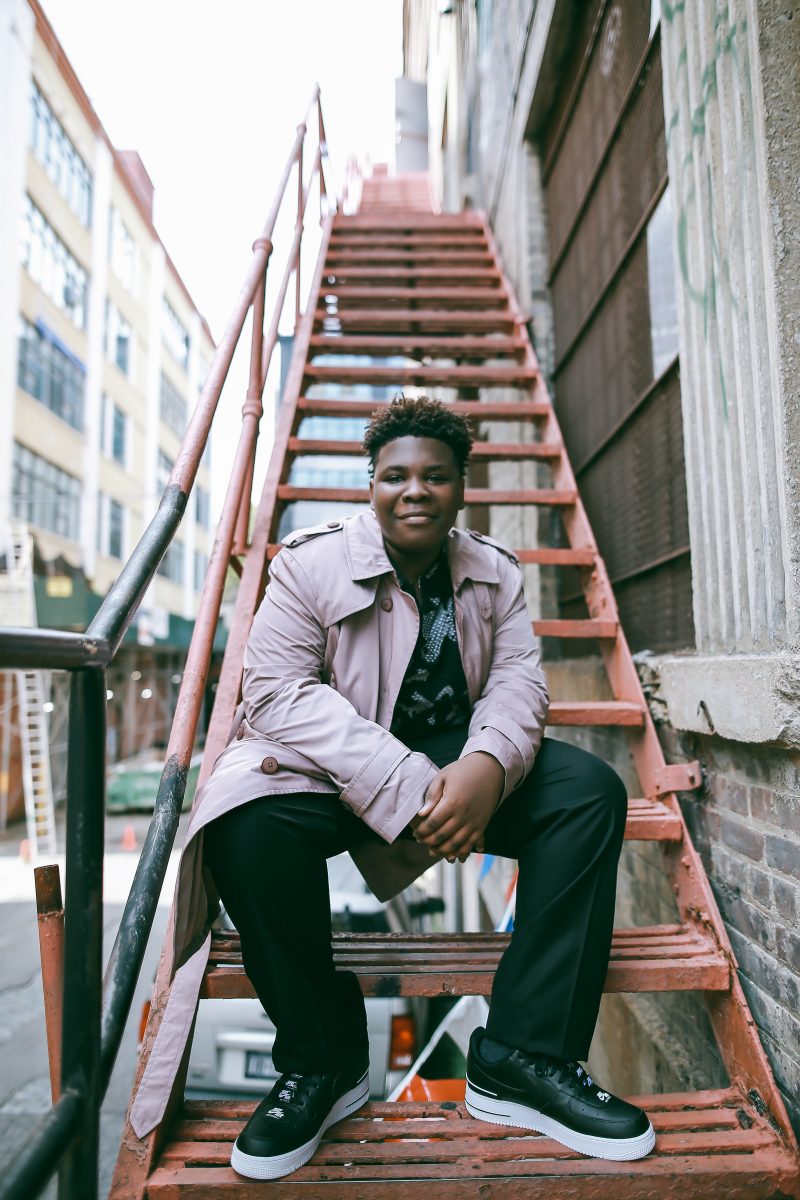 Charm City Kings won the U.S. Dramatic Special Jury Prize for Ensemble Acting at this year’s Sundance Film Festival for its outstanding cast. Produced in partnership with Overbrook Entertainment, the film beautifully lays out crossroads for which young Black men find themselves as they find their way amidst communities that are already tough to navigate. Single-parent households, inequalities within education, and the need for true mentorship.

AC: What can audiences expect from Charm City Kings?

KEZII CURTIS – Charm City Kings is a coming of age story about three friends trying to navigate the very complicated reality of Baltimore City. The audience can expect to be taken along on this emotional journey with Sweartagawd, Mouse and Lamont. There’s lots of laughs and even some really intense seat gripping moments.

KEZII CURTIS – Sweartagawd is the voice of reason between his polar opposite friends Mouse and Lamont. I’d like to think of Sweartagawd as the calm in the storm. He is also the comedic relief in this sometimes very heavy story.

KEZII CURTIS – I think Sweartagawd’s ultimate goal is to be a kid. He just wants to have fun and enjoy his summer and friends.

KEZII CURTIS – There were so many. Two stick out to me the most right now. The first moment was on a day when we were shooting, and it was freezing outside. We looked over and Angel Manuel Soto our director he was bundled up in his coat. When he saw us, being the awesome guy that he is, he took off his coat in solidarity with us. His face immediately looked as if he regretted it, but he toughed it out with us. Another instance that comes to mind was when Meek Mill called Jahi’s character “Mousie” during one of the takes instead of Mouse. We all lost it. We laughed so hard!

KEZII CURTIS – As an actor, I am still trying to learn emotional control in scenes.  Watching Jahi on set in some of the more emotionally charged scenes inspired me to research and study method acting. I was intrigued by how he was able to get himself to reach the emotional peaks.  I really want to try some more dramatic acting eventually.

KEZII CURTIS – I can tell if I’m reading a great script when within the first 15 pages if the writing style and story line keep my attention, that it is a great script. The next thing I look for is how the story ends or resolves. Does it solve a problem, highlight an issue or injustice or give a solution how to change or fix things? These are all important to me when considering a script.

KEZII CURTIS – I knew I could see acting as a potential career avenue when I watched my older brother, Mekai, on his first television show. After seeing him in action I knew acting was a career I could see myself pursuing.

KEZII CURTIS – Vote as if your life depended on it because it does for mine and many others who look like me.

KEZII CURTIS – Honestly, social media is not that important to me; however I absolutely understand and respect its power and influence. Personally, it can become distracting and sometimes depressing so I try to limit my time on it when I can.

KEZII CURTIS – I can’t tell you that! I am currently working on copyrighting and the patent.

KEZII CURTIS – Don’t tell anyone but I am afraid of triangles! They are suspicious to me.  Think about it. When have you ever witnessed a nice triangle?

KEZII CURTIS – In addition to all the new opportunities that are coming as a result from my work on Charm City Kings, I am really excited about watching my older brother, Mekai, in his new role of Kanan Stark in Power Book III: Raising Kanan. More so, than anything though, I am looking forward to the world returning to some sort of normalcy after COVID-19 is conquered.