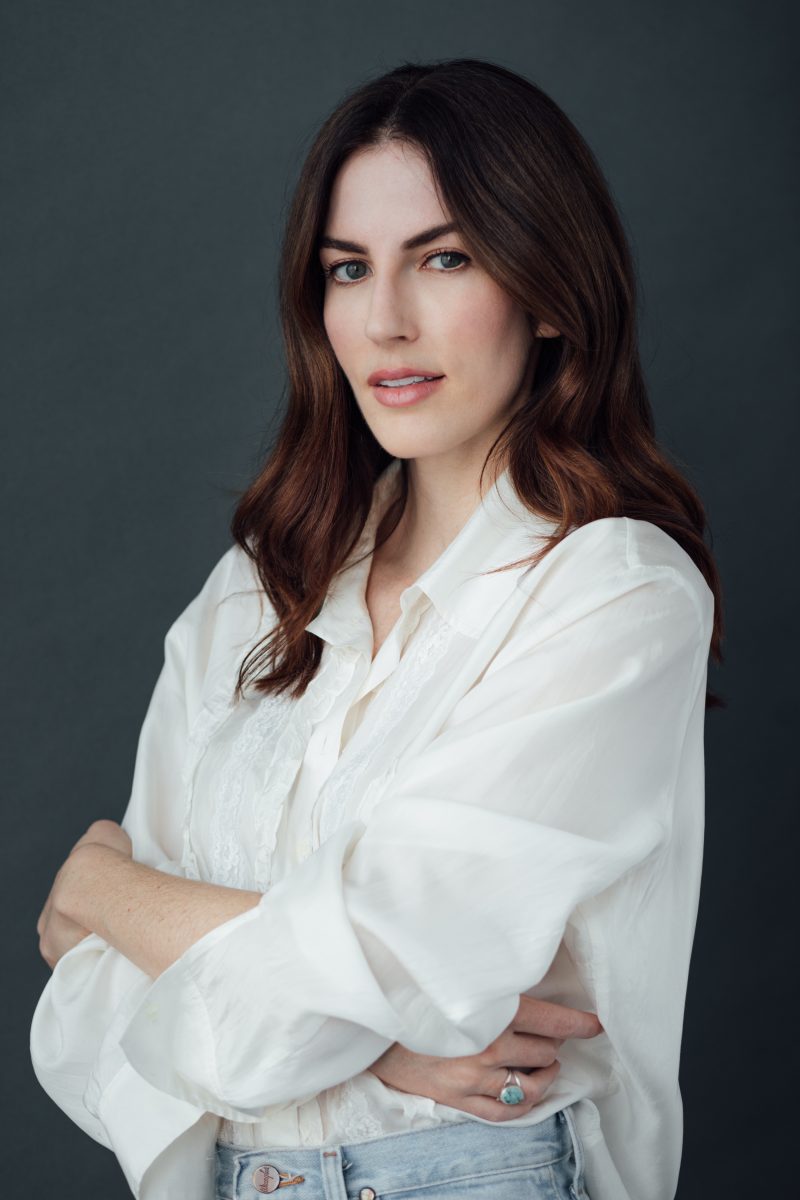 JESSICA HURAS whose new short Bing! Bang! Bi! is set to make its world premiere virtually at the Frameline International LGBTQ+ Film Festival this September 17th – 27th, 2020, followed by the Inside Out Film Festival on October 1st – 11th, 2020.

Bing! Bang! Bi! follows the story of Morgan (Jessica Huras), a struggling actor who takes a stance on her bisexuality at an inopportune moment. Recently single, and trying to navigate her sexuality, Morgan strives to express herself amongst her oldest friends after she arrives in her hometown for an unusual gig.

AC: What can audiences expect from Bing! Bang! Bi!?

JESSICA HURAS – The film is a bi-visibility, slice of life, comedic short that follows Morgan – a recently single, struggling actor, who is trying to navigate her sexuality and express herself amongst her oldest friends after arriving in her hometown for an unusual gig. You can expect to laugh, and hopefully gain more insight into the bi experience.

AC: As a filmmaker, who are you inspired by?

AC: Although you star in this film, you also direct it. How do you get a great performance out of an actor?

JESSICA HURAS – I think it starts with good casting. And by “good” I mean the right casting. You see so many excellent actors not doing their best work because the casting is off. I’m not a believer that being an amazing actor means that you can play every role. So I think in terms of my film, I got the casting right with a tremendously talented group of actors. Other than that, rehearsal! It’s not often that a cast gets to rehearse in film, but since I come from a theatre background, I really value rehearsals. The dinner scene in Bing! Bang! Bi! was really important to me, that I got all the layers of subtext and dynamics right between this really old group of friends. In order to do that, I got Sofia, Jess and Rodrigo together for a meal where we improvised the scene a bunch of times and then did it a few times on script. It was also just a chance for us to talk about the characters and relationships and to naturally bond so that when we were shooting on the day, there was a trust and relaxation amongst the cast. It was really special.

AC: How do you manage the pressures and challenges of working on-set?

JESSICA HURAS – There is inevitably going to be stress onset, mostly around time and budget, so I just made a decision that I would not let myself feel those stresses on the days of shooting – especially because I would be dividing my attention between directing and acting. I think doing really thorough pre-production and assembling a good crew is key. I had so many conversations and meetings with my DP leading up to the shoot, that I could really lean on her when I wasn’t able to have my eyes on the monitor. My producer and production manager Abi Lieff also did a great job of shouldering the production stress so I could really focus on the creative aspects.

AC: Are you currently working on any other projects?

JESSICA HURAS – Yes! I’ve co-written a feature film with fellow Canadian actor/filmmaker Kathleen Munroe. Babe Nation Films (The Rest of Us, White Lie) has signed on to produce the project and we are set to co-direct the film, which is really exciting. Other than that, I’m writing and developing a few other scripts and continuing to audition for acting roles.