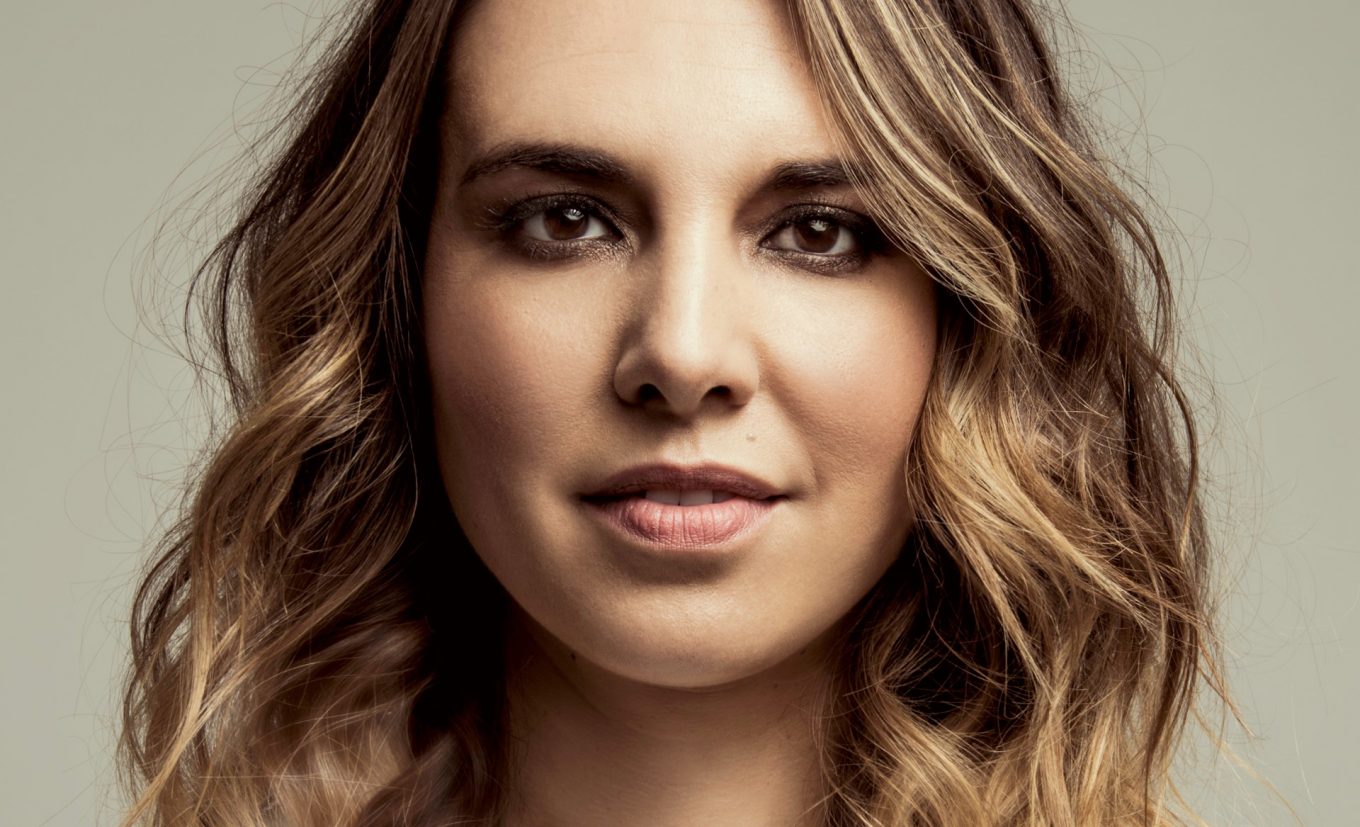 INGRID OLIVER will next be seen in THE HUSTLE. The upcoming comedy is a remake of the 1988 film DIRTY ROTTEN SCOUNDRELS, which is itself a remake of the 1964 film BEDTIME STORY. Ingrid stars as Inspector Desjardins, alongside Anne Hathaway and Rebel Wilson.

You will perhaps recognise Ingrid Oliver from her recurring role as Osgood in DOCTOR WHO, or WATSON & OLIVER, the sketch show in which she performed as a range of hilarious characters with Lorna Watson. Ingrid also recently appeared in BBC crime drama SILENT WITNESS as D.I. Briggs.

INGRID OLIVER: How to cry, beautifully.

How did you become involved in THE HUSTLE?

I auditioned. Along with quite a few other, much more glamorous people. I thought it had gone really, really badly so was pretty shocked to find out I’d got the part.

The film is a remake of 1988 film DIRTY ROTTEN SCOUNDRELS. Have you seen the original?

Several times. It’s one of my favourite comedy films. Steve Martin is absolutely incredible in it. But did you know, the 1988 version is itself a remake of a 1964 film called Bedtime Story starring David Niven and Marlon Brando?

How does your character Inspector Desjardins fit into the story?

The inspector is Anne Hathaway’s right-hand woman. She’s right there alongside her for all her elaborate grifts.

Do you think you’d make a good Inspector in real life?

I’m so glad you asked me that question. The answer is yes. I’m obsessed with crime fiction and puzzle solving. I’m very annoying to watch any kind of thriller with because I’ll often guess whodunnit after a few minutes. In my deluded little head that would make me a great inspector in real life.

I know it’s a cliché, but the sign of a good script is not being able to put it down. What that essentially means is that the writing is lean and well-paced It doesn’t allow your mind to wander. Everything is clear and all the characters are well-outlined. You don’t keep having to flick back and forth going “Hang on, who is this person again?”

It’s been six years since your sketch show WATSON & OLIVER aired. Would you be open to returning to the characters in a new format?

Absolutely. I had such a joyous time working with my best friend. There are a few characters we created that I’m very fond of.

When did you first meet Lorna Watson?

Lorna and I were in the same year together at school. I’ve known her for most of my life! We were also in the same year as Katherine Parkinson who I’ve just filmed a series with for the BBC called DEFENDING THE GUILTY. It was the first time Katherine and I had worked together so we thoroughly enjoyed that.

Have you been to the Edinburgh Fringe in recent years?

I went up with a solo show in 2017. I wanted to do something slightly different from my usual writing as a reaction to what was happening politically with Brexit and Trump. There were a few confused DOCTOR WHO and WATSON & OLIVER fans in the audience.

Aside from THE HUSTLE, what else are you excited about for the future?

As I mentioned I’m in a brilliant new comedy series called DEFENDING THE GUILTY on the BBC later this year and after that I’m in Emma Thompson’s new film LAST CHRISTMAS which is a romantic comedy directed by Paul Feig. On a personal level, I’m excited about possibly buying a cat.