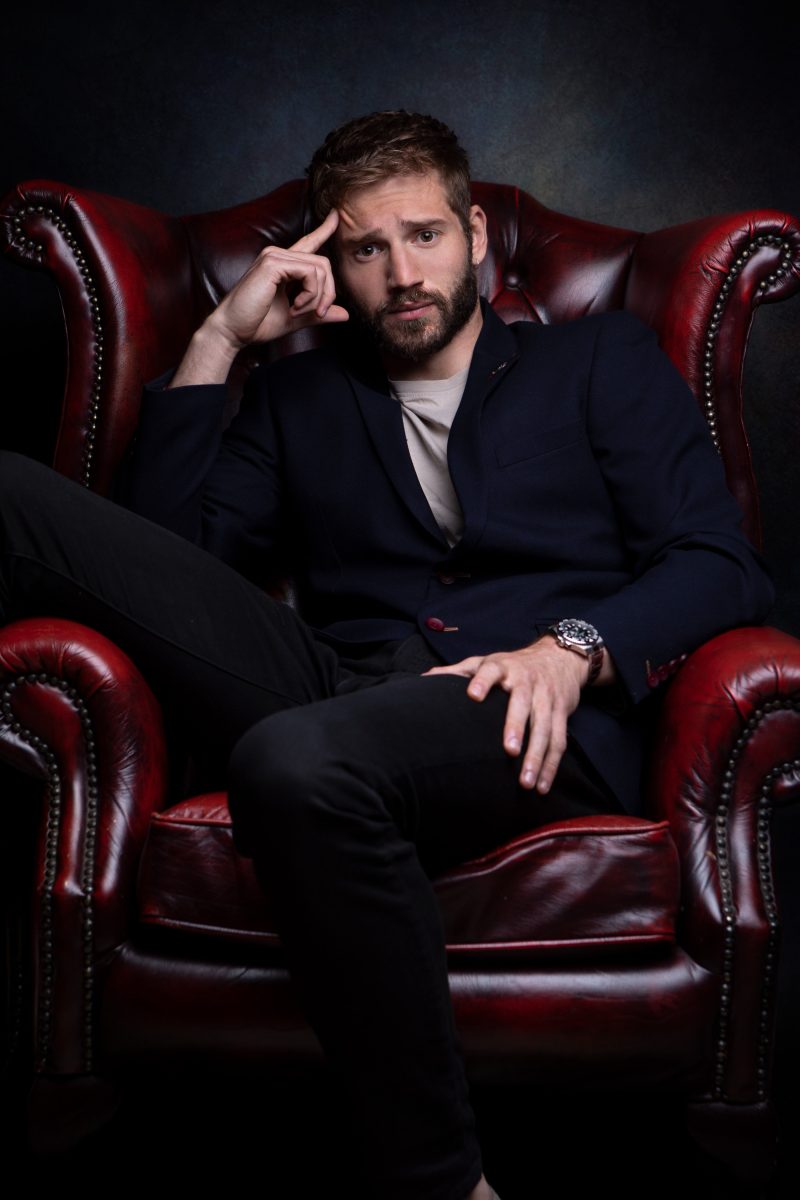 ALEXANDER LINCOLN will be seen in the upcoming film In From The Side which has been accepted into the BFI Flare Festival. The feature film is showing on the 25th and 26th March at the BFI Southbank.

AC: What can audiences expect from In From The Side?

ALEXANDER LINCOLN – It’s a very human story with flawed characters – which I think people will connect to; ultimately the film is about navigating relationships, lust, and raw emotion whilst set in a small London rugby club. It’s not a narrative that I’ve seen done before and I think that’s what makes it so interesting.

ALEXANDER LINCOLN – Mark is at the very center of the film, it follows his journey navigating his relationship with his partner and then the fallout that comes from following this raw lust between him and Warren (Played by Alexander King).

ALEXANDER LINCOLN – I think the goal is not always clear with Mark, I think that he ‘lays caution to the wind’ to a degree and doesn’t actually think about his actions at all. He follows what he wants, which is Warren. And then as the film progresses and largely out of necessity, his goal is to keep his affair a secret to everyone.

ALEXANDER LINCOLN – A particularly funny moment was when we went to the French Alps to film and on the way (of course) hit a blizzard. Now I have a small case of vertigo and to be honest, I was absolutely terrified of our van veering off the side of this huge mountain into the abyss-though with hindsight, and I think because of how I must’ve looked, it would have been quite a funny moment for everyone else in the van. Especially as I had been taking the piss out of Ally’s (Alexander King) fear of flying while we were on our flight to Switzerland.

ALEXANDER LINCOLN – I think I’m still very much trying to learn calm-especially in those moments as an actor where it feels like there isn’t any work and you don’t know what to do with yourself. There are so many moments where you have total anxiety about where you are in your career and what’s next etc. So I’m really trying to learn to take those times and relax into them, just be present in the moment and calm.

ALEXANDER LINCOLN – The idea of a great script to me is ‘am I engaged in the world’ often you’re reading a script with your character in mind so your thinking about what they’re doing the whole time, but a really great script transcends that. You stop reading for your character and instead just become engrossed in the story.

ALEXANDER LINCOLN – I’m in a constant state of ‘extremely tense’ as I said you don’t always know what the hell you’re going to do next. The viability of acting as a career is always up in the air it seems, so for me seeing acting as my career still eludes me. I’m just taking each job as it comes and taking the time to be gracious and be in the moment with it.

ALEXANDER LINCOLN –  I think social media is such a fickle beast. On the positive side; most importantly it can be such an incredible tool for social change and a great way to stay in contact with people that you don’t get a chance to see much of.
However, I also see it as damaging, the idea of getting wrapped up in what everyone else is doing, constantly comparing yourself to others and not experiencing the world around us is very toxic.

ALEXANDER LINCOLN – I think the idea of the ‘rat race’ not being the be all end all is something I’ve learned this year. I want a more simple existence, taking time to do what I love; going hiking, being in the countryside, and enjoying the more simplistic aspects of life and relishing in them.

ALEXANDER LINCOLN – PissPoint: An app where there is a pinpoint map of the best places to have a wee. Ratings out of 5 of how secluded they are, decor, wind, and rain coverage. Really think it could be a very useful idea for those with a weak bladder!

ALEXANDER LINCOLN – I have this weird affinity for the sound of wood pigeons; it sort of reminds me of long summer evenings as a child, just after a bath and sitting on the sofa watching my favourite cartoons.

Alexander stars in BFI Flare Festival film pick, In From The Side, 25th – 27th March.