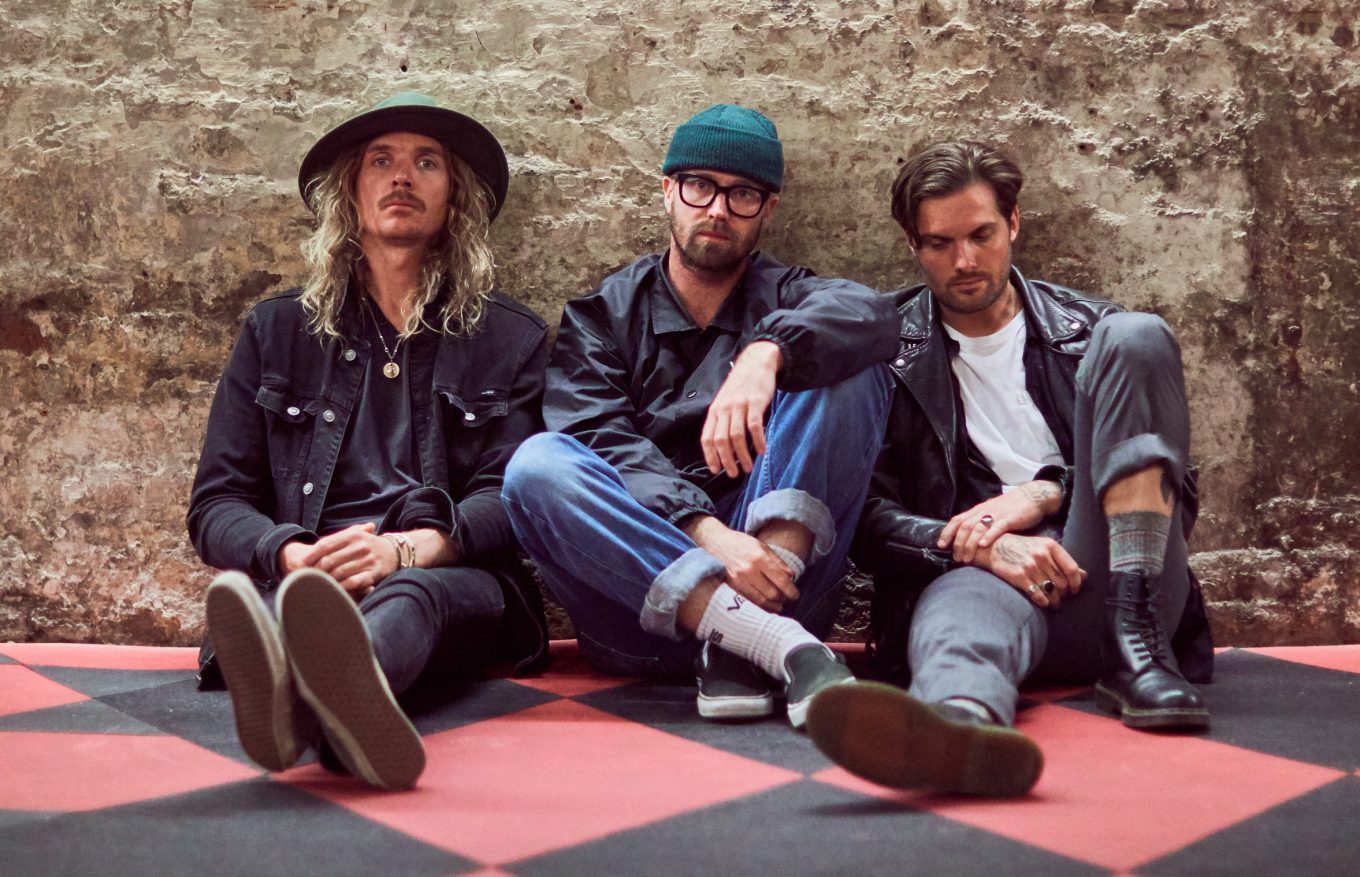 SUNSET SONS are gearing up to release their highly-anticipated second album Blood Rush Déjà Vu on November 1st. The British-Australian Trio has been on huge tours with Imagine Dragons and Nothing But Thieves since debuting with their 2016 album Very Rarely Say Die. We caught up with Sunset Sons to discuss their music and some other very important matters.

AC: Tell us about your new single Superman. What does the song mean to you guys?

PETE: It’s a song about someone who isn’t all they think they are, told with a tongue-in-cheek, kiss-my-ass attitude. It’s a special one for us because so many factors went into the finished recording, going in from so many different angles. The energy in the studio was higher than it was on anything else we’ve ever done, I reckon!

How did you decide on the concept for the video for Problems?

PETE: It must have been confronting for Rory to walk around London dressed as he was. Poor fella! People barely batted an eye though, shows what it takes to cause a stir nowadays. Even the bloke in the chip shop didn’t give a fuck when he ordered [laughs].

PETE: Anywhere really. Rory voice memos stuff when he drives, Jed writes lyrics when he can’t sleep, I come up with noodles on the guitar. It all gets realised with me, Rory and Jed sifting through ideas at Rory’s computer and getting demos recorded. Somehow, in winter when it’s gloomy, we get the most motivated!

RORY: It all depends on the type of song we’re writing. It can span from The Beatles to Timbaland. One thing my inspirations have in common is simplicity – you don’t need 50 tracks of instruments. A good song can be a piano and vocal. I like to experiment with classic and modern music. I’m a Motown fan, it’s the music I grew up listening to. Ray Charles, Stevie Wonder. Their music crosses over to so many genres nowadays.

RORY: Yeah, this was a weird one. It was early on in the band, we’d just played Brighton and I was waiting in a queue for the toilet. A guy approached me and said, “You don’t need to wait in line, pee on me”.

RORY: The world is in a bit of a shit state. Environmentally and politically. It’s good that we are awake and thinking about change. In 10 years, I hope that the UK will remain within the EU, we don’t have idiots running the most influential countries, the forests we are killing will begin to grow back and we have taken the right steps to tackle the climate crisis. Oh yeah, and we’ve won a World Cup by then.

JED: Every week, I’m convinced I’ve had a great app idea and then I find out that it already exists. I had a really good idea for one that was kind of like Ready, Steady, Cook for students and paupers. Basically, you put in the ingredients you have left in your fridge and it gives you options of dishes you can make. But I think it already exists? Maybe it doesn’t. I’ve also got another one but I’m not telling you.

JED: Brexit was a hoax. Next.

JED: The main thing I am excited about is getting out on the road again and touring at the end of November. Hitting some drums and that. Can’t wait. See you all on the road.

You can stream Superman from Sunset Sons here 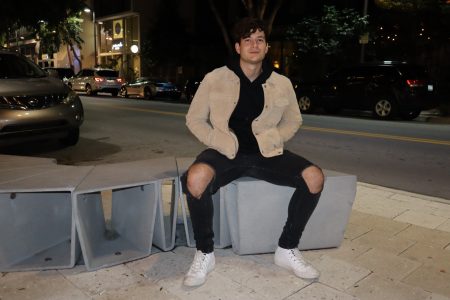 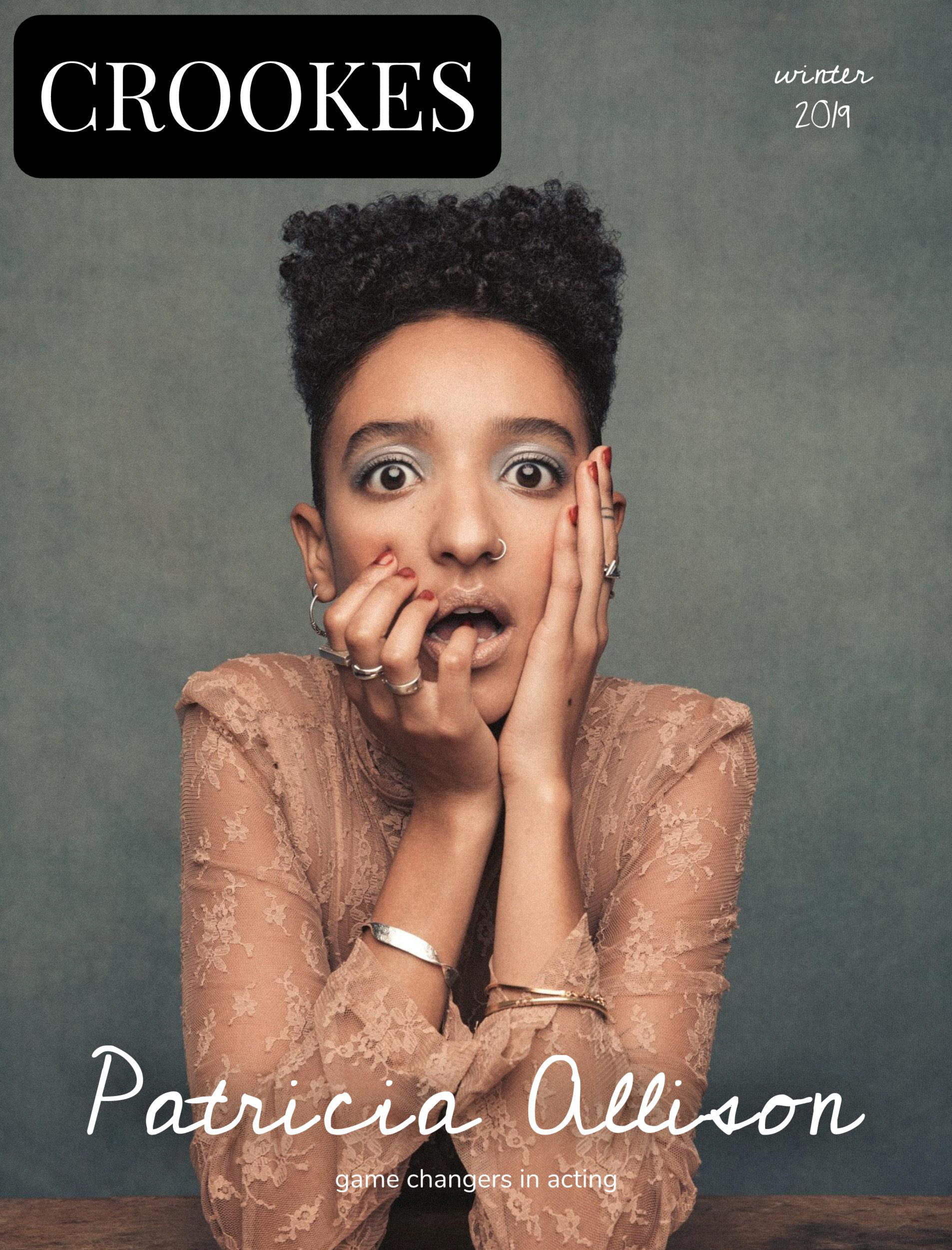